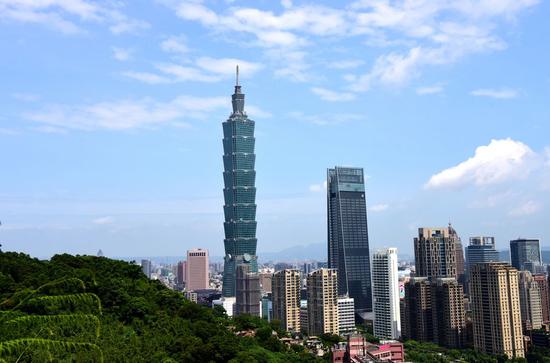 The defeat of the ruling Democratic Progressive Party in local elections in Taiwan on Saturday reflected Taiwan people's desire for a good life and their dissatisfaction with the party's governance, analysts said.

Of the 21 county and city chief positions contested, the opposition Kuomintang party won 13, including in Taipei, Taoyuan, Taichung and New Taipei City, compared to the DPP's five wins, mainly in southern Taiwan.

Taiwan leader Tsai Ing-wen, who during campaigning promoted opposing the Chinese mainland and "defending Taiwan", resigned as the chair of the DPP late Saturday to take responsibility for the party's poor performance.

The Taiwan People's Party secured one seat while the remaining two went to independent candidates. The election for the mayor of Chiayi City was postponed. County and city councilors, and township and village leaders were also elected during the elections.

Voters also rejected lowering the voting age from 20 to 18 in a so-called referendum that was run along with the local elections.

The local elections, held every four years, are regarded as a key test of support for the ruling DPP ahead of a "general election" scheduled for early 2024.

This year's results, represented the worst defeat the DPP has suffered in local elections. The party lost the mayoralty of three wealthy and populous cities in northern Taiwan, and its share of the vote slumped from 57 percent in the 2020 "general election" to 42 percent, data showed.

Commenting on the results of the elections, Zhu Fenglian, a spokeswoman for the State Council Taiwan Affairs Office, said, "It revealed that the mainstream public opinion in the island is for peace, stability and a good life."

Zheng Zhenqing, an associate professor of Taiwan studies at Tsinghua University, said it can be seen that the public in Taiwan is generally dissatisfied with the governing performance of the DPP and tired of its electoral campaigns.

Noting recent surveys which showed that support for the DPP among Taiwan's younger generation had declined, Zheng said the party's electoral strategy lost voters in many areas where it traditionally has strong support.

"The DPP's strategy of constantly creating tensions between the mainland and the island is not popular with people in Taiwan," he said. "They realize that the party is unable to promote stability and peaceful development across the Straits."

Zheng said the DPP's image for incompetent governance and being incapable of maintaining peace and stability across the Straits will continue in the future, and voters will prefer parties and candidates capable of promoting cross-Straits relations.

Lee Wei-kuo, chairman of the Taipei-based Chinese Youth Trade Development Association, said cross-Straits relations have in recent years deteriorated under the DPP administration and voters had expressed their distrust and rejected the DPP and Tsai.

Lee, who came to the mainland in 2016 to seek work opportunities, is now chairman of HuaCan Dream-Works, an incubation center for cross-Straits startups. Lee launched a company this year in Sichuan province devoted to rural vitalization on the mainland. He said he had closely followed the island's elections as they were important for the development of cross-Straits relations.

Lee said he expected positive changes in cross-Straits relations, and added that he is willing to invite more people from Taiwan to visit the mainland and promote closer people-to-people bonds through communication.

Zhu, the spokeswoman, said the mainland will continue to work with Taiwan people to promote peaceful and integrated development of cross-Straits relations and contribute to the well-being of people on both sides of the Straits.

Efforts will be made to firmly oppose "Taiwan independence" and foreign interference, and strive for the rejuvenation of the Chinese nation, she added.