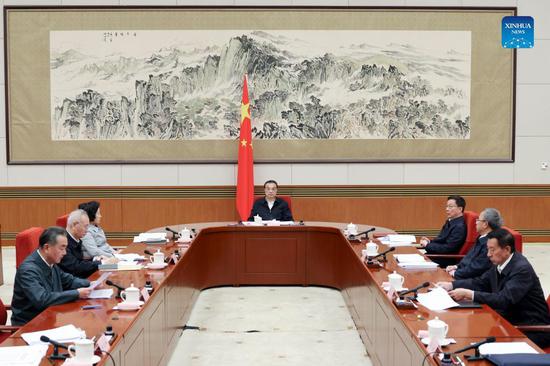 Li, also a Standing Committee member of the Political Bureau of the Communist Party of China Central Committee and the head of the national energy committee, said at a Saturday meeting that the country should balance development and carbon reduction, deepen market-based reform in the energy sector, and promote green transformation, according to a press release issued on Monday.

Energy security bears on development security and national security, Li noted, stressing the country's need to build a modern energy system on the premise of ensuring security and strive to improve the capacity of independent energy supply.

Li called for efforts to ensure the stability of industrial and supply chains and sustained and steady economic development. These efforts should come amid moves to promote the clean use of coal, increase clean energy proportions in total energy consumption, and enhance green development capacity.