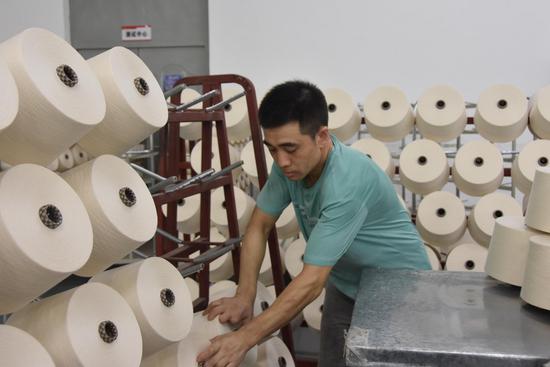 Lies and rumors over China's Xinjiang Uygur Autonomous Region will not stop Xinjiang's pace of development and prosperity, said a senior Chinese diplomat on Wednesday.

Chen Xu, China's permanent representative to the United Nations Office at Geneva, made the comments at a webinar, titled "Xinjiang is a wonderful land."

Co-organized by the Xinjiang regional government and the Permanent Mission of the People's Republic of China to the United Nations Office at Geneva, the webinar was attended by experts, scholars and residents from Xinjiang.

Chen added that Xinjiang has achieved remarkable progress in economic and social development under the leadership of the Communist Party of China (CPC), thanks to policies for ethnic unity, the system of regional ethnic autonomy and the joint efforts of people from all ethnic groups.

"In recent years, some countries and forces have fabricated rumors and lies in an attempt to undermine Xinjiang's stability, contain China's development and damage Xinjiang people's right to pursue a better life. Their despicable acts are opposed by the international community," he said.

Ruqiyam Ghojabdulla, from Yutian County of Xinjiang's Hotan Prefecture, shared her story at the meeting. She got her family out of difficulties with the help of Guo Yong, an employee with China Shenhua Energy Company Limited.

Five years ago, a rose-processing cooperative run by her father was on the brink of bankruptcy.

After being paired up with Ruqiyam Ghojabdulla, Guo invited technicians and agricultural experts to improve the cooperative's production technology, product quality and expanded their sales channels.

"Now we've established our own brand, and our products sell quite well. We will never forget his help," said Ruqiyam Ghojabdulla.

Since 2016, more than 1.2 million officials and staff members have paired up with 1.6 million households of all ethnic groups like Guo and Ruqiyam Ghojabdulla.

"History and reality have proven that ethnic unity is the lifeline of the people of all ethnic groups and the cornerstone of Xinjiang's development and progress," said Zulhayat Isamyil, vice president of Xinjiang University.