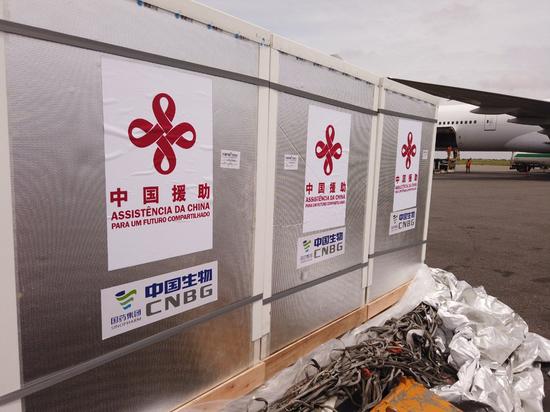 "China is the first country to provide Angola with epidemic prevention support and has provided Angola with anti-epidemic materials on many occasions and shared with Angola advanced anti-epidemic experience to help it better cope with the challenge of the epidemic," said the minister, noting that China is also the first country to provide vaccine assistance to Angola.

While expressing Angola's deep gratitude for China's selfless help, Lutucuta reiterated that the assisted vaccine, developed and produced by Sinopharm, has been put in urgent use in many countries and has been widely recognized by the international community as having excellent protective efficacy.

In his speech, Ambassador Gong said that in the face of the COVID-19 pandemic, the governments of both China and Angola are actively carrying out anti-COVID-19 cooperation in line with the principle of putting the people and life in the first place and China is the first country to lend a helping hand to Angola.

"China has donated several batches of anti-epidemic materials to Angola, helped it build a laboratory, sent a medical team to Angola to help fight the epidemic, and helped Angola purchase a large number of anti-epidemic supplies in China," said Gong. "China will continue to support Angola's fight against the epidemic and its economic and social development within its capacity."