What to watch at China's 'two sessions' in crucial year 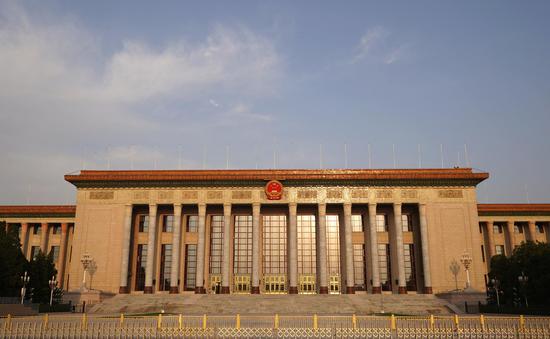 Photo taken on April 29, 2020 shows the Great Hall of the People in Beijing, capital of China. (Xinhua/Xing Guangli)

China's top legislature and political advisory body will hold annual sessions this week, more than two months after this key political event was postponed due to the COVID-19 epidemic.

The world will watch how China charts the course for a crucial year to build a moderately prosperous society in all respects and achieve its development goals, while effectively warding off coronavirus risks.

The following are some key topics expected at the sessions of the National People's Congress (NPC) and the National Committee of the Chinese People's Political Consultative Conference (CPPCC).

Public health is expected to be a hot topic during the "two sessions," with experience and lessons derived from combating COVID-19 to be discussed.

Hu Yu, a national political advisor and president of the Union Hospital in Wuhan, capital of central China's Hubei Province, said the participants are expected to conduct in-depth discussions on how to fix the shortcomings in the country's major epidemic prevention and control mechanisms and the national public health system. 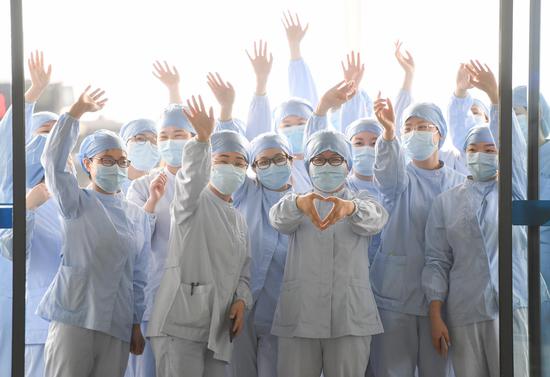 Medical staff from Wuhan No.1 Hospital gesture to bid farewell to members of a medical assistance team from Guangdong Province before their departure in Wuhan, central China's Hubei Province, March 23, 2020. (Xinhua/Chen Yehua)

Through arduous efforts, China has achieved decisive results in the fight against COVID-19 to protect hard-hit Hubei and its capital city Wuhan. The nation has also made major strategic strides in curbing the spread of the virus.

As of Sunday, the overall confirmed cases on the mainland reached 82,954, including 82 patients who were still being treated and 78,238 people who had been discharged after recovery. Altogether 4,634 people had died of the disease.

National lawmakers and political advisors will discuss how to strive for good performances in all areas of economic and social development while implementing regular epidemic prevention and control measures.

This coming Friday, Premier Li Keqiang is expected to deliver a tone-setting government work report to the NPC for deliberation and approval which normally includes the country's economic targets for the year.

The wording of the targets, either numerically or descriptively, will be more closely watched than previous years as it will offer a glimpse into how the world's second-largest economy is handling the fallout of the dicey COVID-19 epidemic. 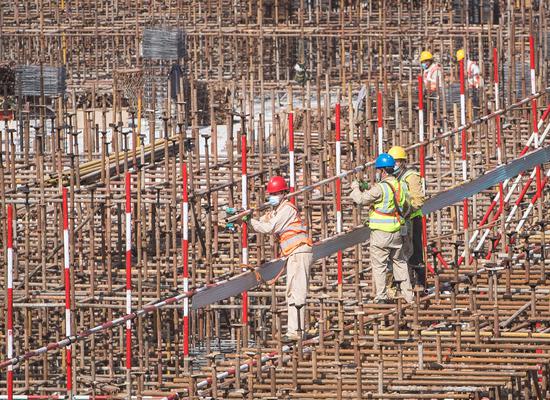 In 2019, China reported a GDP growth of 6.1 percent, meeting the range target of 6-6.5 percent. Analysts expect this year's target will continue to be a feasible one, and with a slew of stronger counter-cyclical measures, China could achieve growth faster than that of all other major economies.

In the lead up to this year's "two sessions," the Chinese leadership has on different occasions said that the country will strive to achieve this year's economic and social development goals.

China is in the final push to achieve the target of poverty eradication as the nation is entering the home stretch in realizing its first centenary goal of building a moderately prosperous society in all respects in 2020.

Since the 18th National Congress of the Communist Party of China in late 2012, the country has achieved significant progress in poverty reduction, with over 93 million rural people lifted out of poverty over seven years.

There were still 5.51 million impoverished people by the end of last year. COVID-19 added to challenges but with only about half a year left, it is unlikely to disrupt the poverty eradication targets. 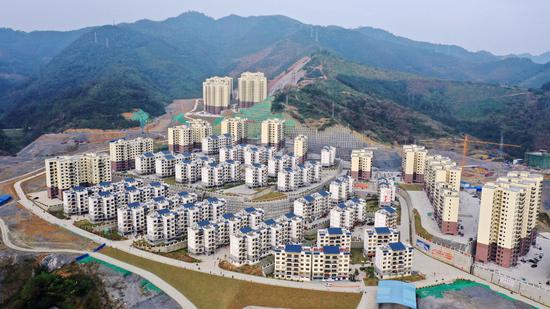 Special attention should be paid to ensuring the remaining poor people, most of whom are the elderly, the minors and those grappling with serious illnesses or disabilities, have access to social assistance, said Vice Minister of Civil Affairs Tang Chengpei.

The "two sessions" will pool the wisdom of national legislators and political advisors on how to fulfill the mission of eradicating absolute poverty and keep those who have been lifted out of poverty from returning to poverty.

The government work report will normally set goals for key economic indicators, including jobs, inflation and fiscal deficit, and employment is expected to consistently top the agenda. Given the challenges ahead in 2020, a stable job market will be a linchpin of enhancing macro-control to keep sound economic fundamentals.

Recent official data showed China's job market remained generally stable yet still under pressure in April, with the surveyed unemployment rate in urban areas standing at 6 percent, above the 2019 target of around 5.5 percent. 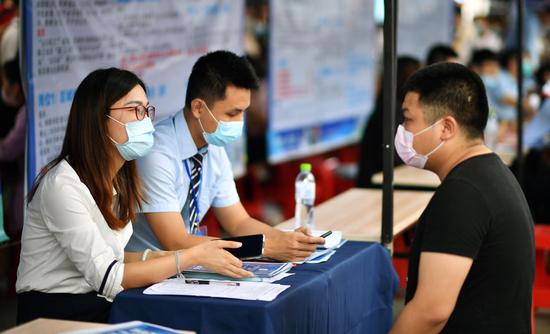 For a nation of 1.4 billion people, the government has pledged every effort to prevent massive lay-offs by using a combination of fiscal, monetary, social insurance and pro-employment policies. The upcoming "two sessions" are expected to further outline ways and means to ensure employment and people's livelihood.

Qu Hongbin, chief China economist at HSBC, said in a research note that further significant policies, including stimulus plans, will be in the pipeline to support epidemic-hit micro- and small companies and medium-size companies, self-employed businesses and export enterprises, which employ the majority of China's workforce.

Lawmakers this year will deliberate a draft civil code, moving closer to Chinese people's decades-long aspiration of having such a basic civil law.

Consisting of general provisions and six parts on property, contracts, personality rights, marriage and family, inheritance and torts liability, the draft has systematically integrated existing civil laws and regulations and modified them to adapt to new realities.

The decision to compile this civil code was announced in October 2014. According to the legislative plan, codification is expected to be concluded this year.

Once adopted, the civil code will greatly boost the modernization of China's system and capacity for governance, said Wang Yi, dean of the law school at Renmin University of China.