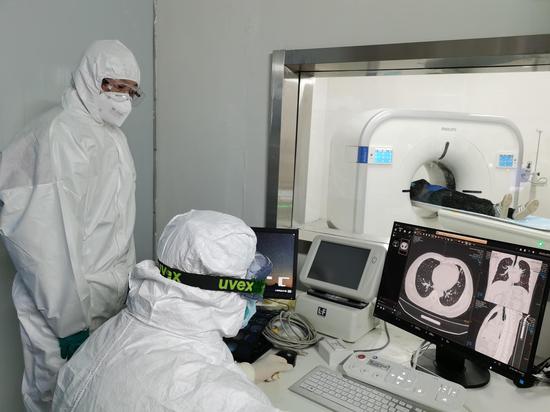 Chinese Premier Li Keqiang Sunday stressed the role of scientific research to win the battle against the novel coronavirus outbreak.

Li, also a member of the Standing Committee of the Political Bureau of the Communist Party of China (CPC) Central Committee and head of the leading group of the CPC Central Committee on the prevention and control of the epidemic, made the remarks while inspecting the Institute of Pathogen Biology at the Chinese Academy of Medical Sciences.

After hearing reports on the updates of the research on the prevention and control of the epidemic, Li expressed acknowledgement to the researchers' dedication and hard work.

Noting that it takes both nationwide action and scientific support to battle the virus, Li called for efforts to mobilize the best scientific research resources to tackle the most urgent challenges in epidemic prevention and control.

Li asked researchers to communicate with the public with their authoritative knowledge on how the virus is transmitted and other issues of public concern to facilitate scientific prevention and control.

Stressing the important role of effective drugs in curing patients and reducing mortality, Li urged researchers to "race against time" to pool wisdom and study treatments of cured cases in all-out research efforts on effective drugs.