China overtakes U.S. in diplomatic missions around the world in 2019.

China has the most diplomatic missions. 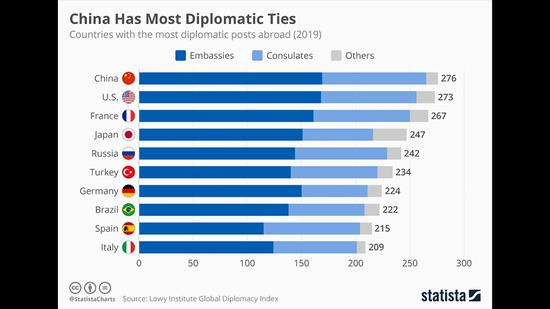 According to the BBC the Chinese are the only people to have missions in areas like the pacific island nations Vanuatu, Micronesia and French Polynesia.