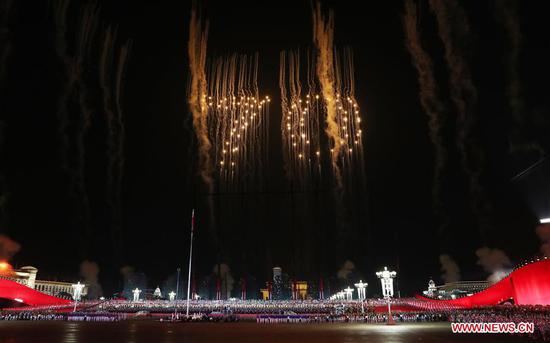 A grand evening gala is staged on the Tian'anmen square to celebrate the 70th anniversary of the founding of the People's Republic of China, in Beijing, capital of China, Oct. 1, 2019. (Xinhua/Ding Haitao)

A grand evening gala marking the 70th founding anniversary of the People's Republic of China started at Tian'anmen Square in downtown Beijing Tuesday.

Cai Qi, member of the Political Bureau of the Communist Party of China (CPC) Central Committee and secretary of the CPC Beijing Municipal Committee, declared its opening at around 8 p.m.