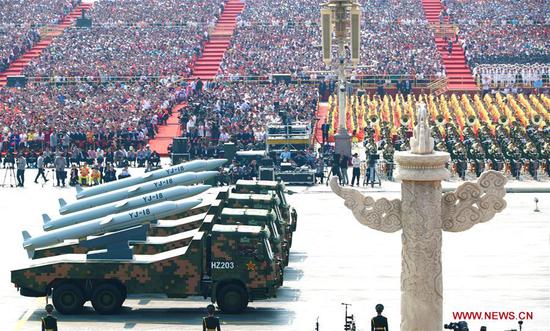 A formation of anti-ship cruise missiles takes part in a grand military parade celebrating the 70th anniversary of the founding of the People's Republic of China in Beijing, capital of China, Oct. 1, 2019. (Xinhua/Lan Hongguang)

The long-range submarine-launched and ship-based missiles are domestically designed and built, and they are the mainstay of the Chinese People's Liberation Army Navy's anti-ship deterrence force.