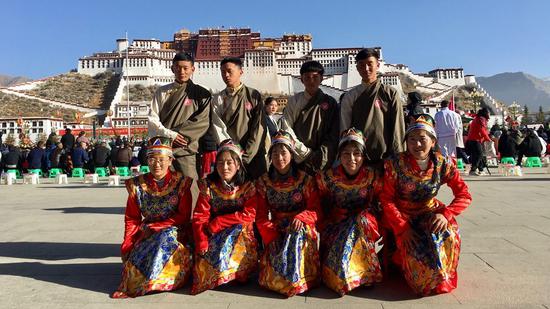 Residents post for a photo in front of the Potala Palace in Lhasa, capital city of southwest China's Tibet Autonomous Region. /CGTN Photo

A grand ceremony was held Thursday morning in Lhasa, the capital city of southwest China's Tibet Autonomous Region, to celebrate the 60th anniversary of the region's democratic reform.

Thousands of local Tibetans from all walks of life, including farmers and herdsmen, government employees, students and Buddhist monks, gathered in front of the Potala Palace, the landmark of Tibet, to witness the special moment. Most of them are dressed in their exquisitely-made traditional costumes.

Following a national flag raising ceremony, representatives from different sectors, including elderly Tibetans who used to live under serfdom spoke to the gathering, sharing the changes they have witnessed over the years. 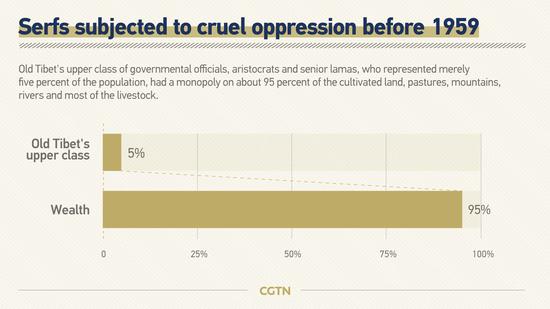 Through the democratic reform starting in 1959, feudal serfdom under theocracy in Tibet was abolished completely, with about one million serfs liberated.

China's State Council Information Office on Wednesday issued a white paper, titled "Democratic Reform in Tibet – Sixty Years On," on the democratic reform and economic development in Tibet over the past six decades.

The white paper pointed out the democratic reform pulled Tibetan serfs and slaves out of their misery. 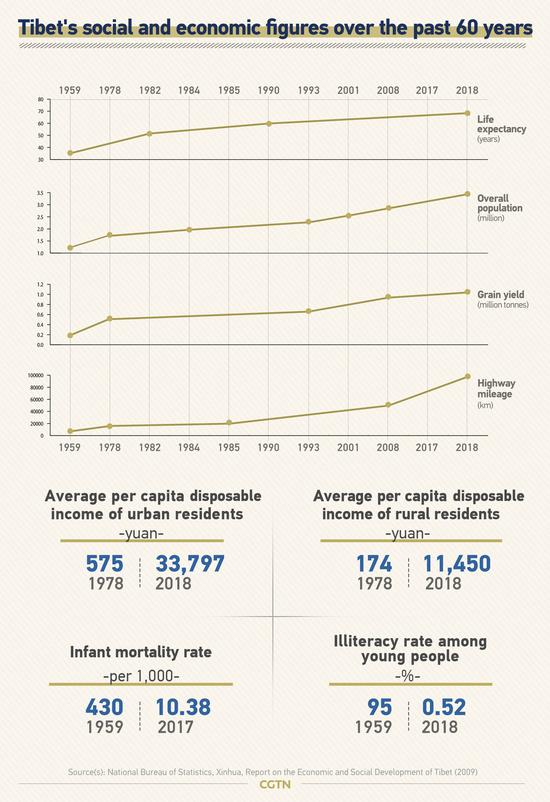 Noting that people's governments were established at various levels for the people to exercise their rights after the reform, the white paper said that for the first time in the history of Tibet, local governments were elected in a democratic way through the exercise of the right to vote and to stand for election.

The paper said Tibet's development has entered a new era. Local authorities have given priorities to technology and innovation strategy, while stressing green growth