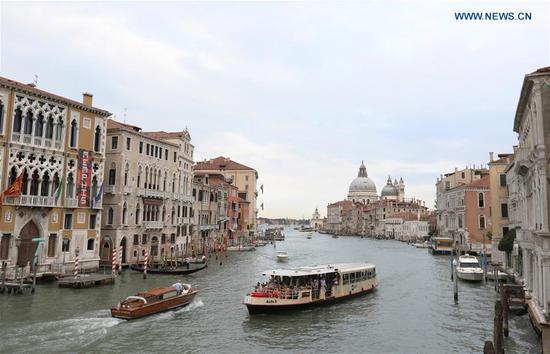 China and Italy signed a memorandum of understanding (MoU) on cooperation within the framework of the Belt and Road Initiative (BRI) on Saturday. This makes Italy the first G7 nation to officially join the BRI.

Chinese President Xi Jinping and Italian Prime Minister Giuseppe Conte exchanged views on bilateral relations and international and regional issues of common concern on Saturday in Rome, and witnessed the signing of the China-Italy agreement on jointly promoting the construction of the Belt and Road.

Italian Deputy Prime Minister Luigi Di Maio said the contracts signed between China and Italy on Saturday are worth 2.5 billion euros (2.8 billion U.S. dollars), and subsequent contracts may exceed 20 billion euros. He stressed that the MoU is very important to Italy.

Xi: China to expand and deepen bilateral relations with Italy

During his meeting with Conte, Xi said China is ready to expand and deepen bilateral relations in an all-round way with Italy. He called for both countries to strengthen high-level exchanges and increase dialogue at all levels, and continue to understand and support each other on issues involving core interests and major concerns.

Xi also urged the two countries to accelerate the China-EU investment agreement negotiations, and strengthen communication and coordination on major international and regional issues. He said he hoped that Italy will continue to play an active role in deepening China-EU dialogue and cooperation in various fields and promoting steady development of China-EU relations.

Conte said Italy is willing to deepen its comprehensive strategic partnership with China and expand cooperation on the economy, trade, investment, energy, agriculture, culture and tourism.

He said he is very glad to seize the opportunity and participate in the joint construction of the Belt and Road and is convinced that it will help to fully tap the potential of Italy-China cooperation. He said he is looking forward to attending the second Belt and Road forum for international cooperation in Beijing.

Italy firmly supports multilateralism and free trade and is willing to closely communicating and coordinating with China and promote the healthy and stable development of EU-China relations, Conte said.

In a joint communique on strengthening the comprehensive strategic partnership, China and Italy said they were both pleased about the signing of the MoU. The statement said they recognize the great potential of the BRI in promoting connectivity and stand ready to strengthen the alignment of the BRI and Trans-European Transport Networks and deepen cooperation in ports, logistics, marine transportation and other areas.

The two countries believe they have made great progress in political mutual trust and pragmatic cooperation since the establishment of the comprehensive strategic partnership, it continued. As they will usher in the 50th anniversary of the establishment of diplomatic relations next year, both are ready to further promote the development of their partnership in the manner of mutual respect and mutual benefit.

In the communique, China and Italy emphasize their willingness to implement the 2030 Agenda for Sustainable Development and the Paris Agreement on Climate Change as well as strengthen cooperation in the UN, the G20, the WTO and the Asia-Europe Meeting.

Both countries reaffirm their commitment to multilateralism and agree to take concrete actions to maintain a solid, open and inclusive world economy.

Italy also expresses support for the China-EU comprehensive strategic partnership. Both nations are committed to the full implementation of the EU-China 2020 Strategic Agenda for Cooperation, and seek greater synergy between the BRI and Europe's development strategies.

China and Italy agree to deepen cooperation in various areas including the environment, education, culture, space and agriculture, according to the communique.