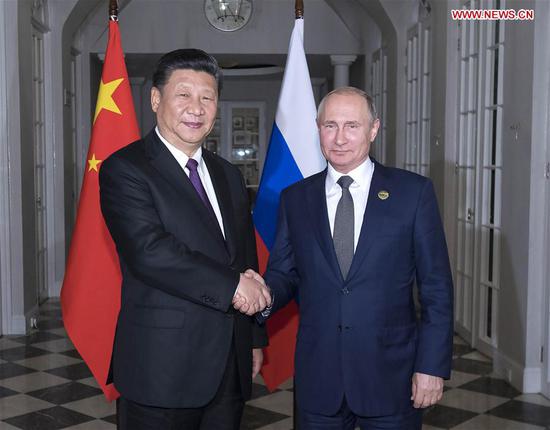 The two heads of state held a meeting and also had dinner together on the sidelines of the 10th BRICS summit in Johannesburg, South Africa.

During the meeting, they also touched upon major issues of common concern.

The 10th BRICS summit is running from Wednesday to Friday under the theme of "BRICS in Africa: Collaboration for Inclusive Growth and Shared Prosperity in the Fourth Industrial Revolution."