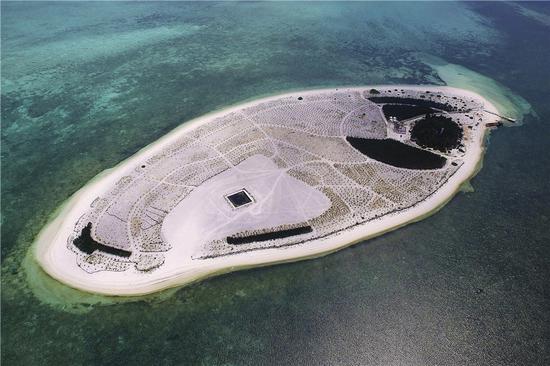 The Chinese military warned and expelled a US navy vessel on Thursday that illegally entered the territorial waters of China's Xisha Islands in the South China Sea, Senior Colonel Li Huamin, the spokesman for the People's Liberation Army's Southern Theater Command, said.

On Thursday, the guided missile destroyer USS Mustin sailed into the territorial waters of the islands without permission from the Chinese government.

The theater command then dispatched naval and air units to identity, monitor and warn the vessel to leave, Li said in a statement issued on Thursday.

"The provocative actions by the US have seriously undermined China's sovereignty and security interests, seriously violated international laws and regulations and damaged the peace and stability of the region," he said. "It is a brazen act of navigational hegemony."

As the COVID-19 pandemic rages on, Li criticized the US for ignoring the life and safety of its own people and drawing energy from combating the disease to flex its muscles in the South China Sea.

"This has fully exposed the hypocritical nature of their actions," he said. "This also proves that the US military is the source of troubles and chaos for the South China Sea. China has undisputable sovereignty over the islands and their adjacent waters in the region."

Li said the theater command will "remain on high alert, and take all necessary measures to fulfill its duty of protecting national sovereignty and security, as well as peace and stability in the region."