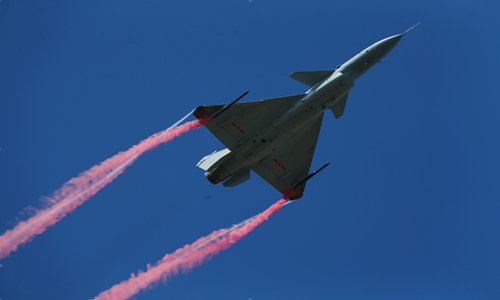 The mastery of the difficult task during training drills allows the planes to fly for days in a row, effectively improving the all-weather long-range combat capability of the army.

The training has been successfully done on the single and double-seat versions of the J-10B jet fighter.

Jet fighter air refueling is a highly challenging flight training exercise, and night air refueling is even more risky. In order to complete the training, the air force has conducted research on key technical points such as formation, accuracy and speed control through theoretical analysis, land simulation and performance tests.

More than 10 emergency response plans were formed for each critical session of the refueling.

Lei Xiao, the brigade commander, said that a quality assessment and comparison between the refueling in both day and night would be done after every single flight to lay a solid foundation for further theoretical research.

The brigade has been conducting high-tech training sessions such as setting random and intractable electromagnetic disturbances and strategic training for different air combat scenarios.