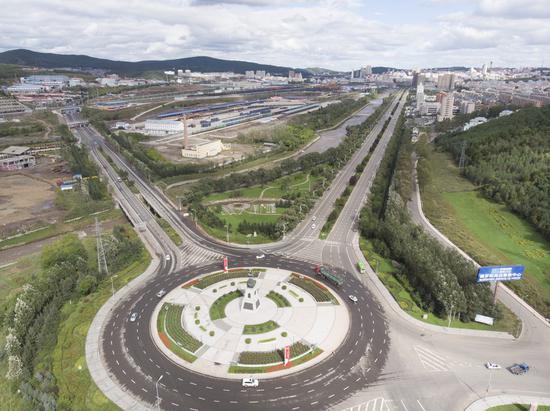 The State Council, China's cabinet, has issued a master plan for three new pilot free trade zones (FTZs) in Beijing, Hunan and Anhui amid efforts to elevate the country's opening-up to a higher level.

The plan outlines the priorities for each zone and pledges to give them greater reform space so as to carry out in-depth exploration and expand opening-up.

The Beijing zone will also strive to build a high-level opening-up platform for the coordinated development of the Beijing-Tianjin-Hebei region.

The plan also details measures for creating a first-class international environment for innovation and entrepreneurship, advancing innovation in services trade management, and exploring the construction of an international port for the information industry and digital trade in the Beijing zone.

The new pilot FTZ in central China's Hunan Province will focus on building a world-class advanced manufacturing cluster, an international investment and trade corridor linking the Yangtze River Economic Belt and the Guangdong-Hong Kong-Macao Greater Bay Area, and a leading area for in-depth economic and trade cooperation between China and Africa.

The plan puts forward specific measures for the Hunan zone, such as the construction of a high-end equipment manufacturing base and the promotion of coordinated development of services industries in Hunan, Guangdong, Hong Kong and Macao.

Expected to set the standard for opening-up in the inland region, the pilot FTZ in east China's Anhui Province will focus on promoting the in-depth integration of scientific and technological innovation and the development of the real economy. It will accelerate the pace of its pioneering role in scientific and technological innovation and the cluster development of advanced manufacturing and strategic emerging industries, and promote the integrated development of the Yangtze River Delta.

The State Council has also adopted a plan to expand the area of the pilot FTZ in the coastal province of Zhejiang. The added section will focus on building a new type of international trade center, an international shipping and logistics hub, and the construction of a commodity resource allocation base centered on oil and gas.

The section will also see the construction of a digital economy development demonstration zone and a cluster area for advanced manufacturing industries.

Vice Commerce Minister Wang Shouwen said at a press briefing on Monday that further expansion of the pilot FTZs aims to accelerate the formation of a new development pattern through a higher level of opening-up.