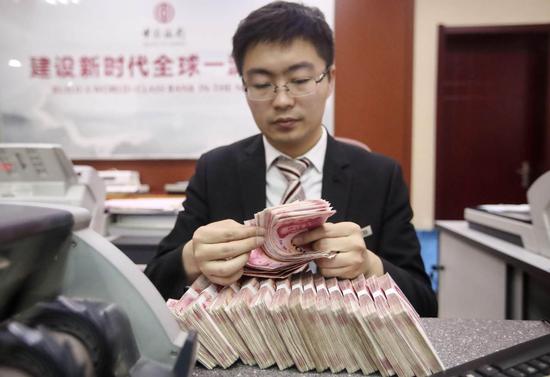 Local government spending will play a major role in stabilizing China's economy, depending on the speed of issuing special debt instruments when companies slow investments, according to economists.

The 661.3 billion yuan ($94.47 billion) in renminbi-denominated new loans in October, the lowest level in nearly three years, indicated a weaker fund demand especially in non-financial companies, in line with the further dip in production prices, according to data from the central bank and the National Bureau of Statistics.

To stabilize growth, provincial-level local governments have proposed new quotas of the special purpose bond, which is a debt instrument especially to raise capital for infrastructure construction. Local governments are waiting for the approval by top-level policymakers, some experts close to the Ministry of Finance told China Daily on Tuesday.

Investors in the financial market have expected for a long time that the additional quota could be released before the end of this year. The 2019 annual local government bond quota had been almost used up by October, and the slowdown in bond issuances has constrained the growth of the total social financing.

"According to the legal procedures, (local governments) plan to issue a part of the 2020 new special bond quota in advance, to increase investment in infrastructure and public services as early as possible. It will be significant to achieve the economic stabilization target at the beginning of the next year," said Wang.

The People's Bank of China reported on Monday that the incremental amount of total social financing, which includes off-balance sheet forms of financing that exist outside the conventional bank lending system and the local government special bond, decreased to 618.9 billion yuan last month, compared with 2.27 trillion yuan in September and 737.4 billion yuan in the same month of 2018.

For the central bank, the rising consumer inflation recently driven up by pork prices has restrained the monetary policy. But the dropping production prices, indicated by a negative Producer Price Index, require a "structural adjustment" of monetary policy to further reduce bank lending costs to companies, said Sheng Songcheng, the former head of the PBOC statistics and analysis department.

Compared with cutting the reserve requirement ratio (RRR), to lower the rate of the medium-lending facility (MLF) or the loan prime rate (LPR) would be more efficient," said Sheng, who is against adopting a deluge of strong stimulus monetary policy measures.

When the consumer inflation is rising and companies are hesitating to borrow to expand investment, the macroeconomic policy will focus more on fiscal side, which means the government spending will play a major role, according to economists.

"A combination of fiscal policy and the exchange rate policy is expected," said Wu Ge, chief economist at Changjiang Securities. He said that the general interest rate level may hardly be lowered given the rising inflation, but stronger infrastructure construction may drive up the total social financing moderately in the coming months.