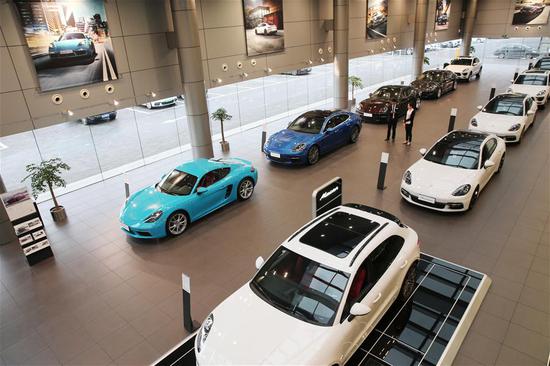 China's decision to slash its automobile import tariffs has been welcomed by consumers and carmakers as another milestone in the country's four decades of reform and opening-up.

Beginning July 1, China's average tariff rate on vehicles will be 13.8 percent, while that for auto parts will be 6 percent, lower than the average of developing economies and in line with China's reality.

Some foreign auto heavyweights such as Audi have promptly reacted with plans to lower prices in order to benefit Chinese consumers.

China's automobile tariffs were significantly reduced to 25 percent by 2006 after its accession to the WTO in 2001, a relatively low rate for a developing economy.

The 25-percent duties may seem high compared with auto-making powerhouses like the United States, but it was necessary for the healthy development of China's car industry, said Xu Haidong, assistant to the secretary general of the China Association of Automobile Manufacturers (CAAM).

By 2010, China had fulfilled its tariff-cutting promises for WTO membership by cutting overall tariff levels from 15.3 percent to 9.8 percent by 2010, said Liu Shangxi, head of the Chinese Academy of Fiscal Sciences.

The latest voluntary tariff cut will directly benefit the economic growth and employment of car exporters, Liu said. "Many positive effects will be felt in the global economy." Most of China's car imports last year were from the United States, Germany, Japan and the United Kingdom.

The auto tariffs cuts are important measures that comply with trade liberalization, as the world witnesses a broad reduction in automobile tariffs driven by economic globalization and global trade, according to Li Xuhong, a researcher with the Beijing National Accounting Institute.

The Ministry of Finance said the tariff cut will enrich domestic market supply and meet the diverse needs of the people to provide more plentiful and affordable consumer experiences.

Last year, China imported 1.22 million vehicles, most of which were high-end SUVs, to account for some 4.2 percent of total sales, while domestic brands saw growing market share.

Over 670,000 luxury cars were sold in China during the Jan.-April period, up 22.3 percent year on year, data from the China Passenger Car Association showed.

China's domestically produced cars are more internationally competitive than they were five or 10 years ago, meaning that the country's recent opening-up measures in the auto sector will have a smaller impact, according to Paul Gong, executive director of UBS Investment Research Asia Autos.

The tariff cuts come after China unveiled a plan last month to phase out equity caps for automotive joint ventures in the world's largest car market amid a broader push for further opening.

"The development of China's auto industry was enabled by the country's reform and opening-up and economic globalization," said Dong Yang, deputy head of the CAAM.

Opening-up has been key to China's economic growth over the past 40 years, and the future high-quality development of China's economy can only be achieved with greater openness, as China promised at the Boao Forum for Asia in April that its doors will only open wider.

The promise has quickly materialized in the form of landmark opening measures launched this year, including opening the car-making sectors wider to foreign investors and introducing a plan to establish a free-trade port system in the country's southernmost island province of Hainan.