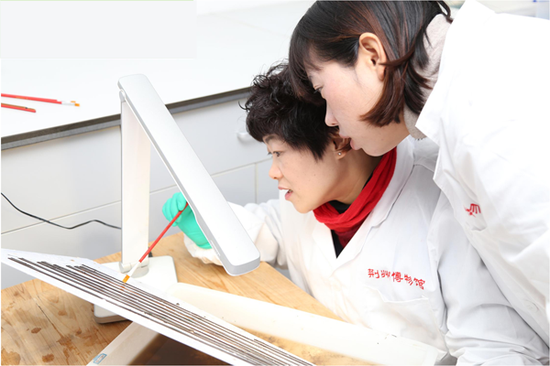 The number of bamboo and wooden slips found at a tomb complex in China is the most among any ancient tomb in the country so far.

As many as 4,546 slips were recently unearthed from a 2,000-year-old tomb in Jingzhou, Hubei province, as announced in a news conference in Beijing last week.

This excavation is expected to offer vast knowledge of Chinese society back then.

Before papermaking was invented in the Eastern Han Dynasty (25-220), bamboo and wooden slips were the main media for writing in China.

The reservoir of slips was found inside one of 18 tombs in a graveyard from the Western Han Dynasty (206 BC-AD 24), which were excavated by archaeologists in 2018. The heritage site is on the northern outskirts of Jingzhou and less than 1 kilometer from the ruins of a contemporaneous city.

Li Zhifang, an associate researcher from Jingzhou Museum, says the new finding covers a wide range. The unearthed materials include 200 slips of calendars and ephemeris, 70 slips of chronicles, 1,500 legal documents and 1,000 medical treatments that were not only for humans but also for curing animals and plants.

"We have cleaned only a small portion of the slips," Li says. "It is no doubt a big discovery because the well-preserved items have many themes to study."

For example, the dates of solstices and key solar terms from the traditional Chinese calendar are recorded every year from 140 to 41 BC.

The legal documents provide detailed explanations of imperial laws at the time, including taxation and auditing, livestock herding and protection of private property. They also show regulations on finding escaped prisoners or laborers running away from corvee, in which unpaid services for major construction projects were organized.

One medical cure is a formula to make teeth whiter by using cinnamon, and another is on how to make lean cattle fatter.

Li says a lot of the content on the slips supplement written history of the time, but some also vary.