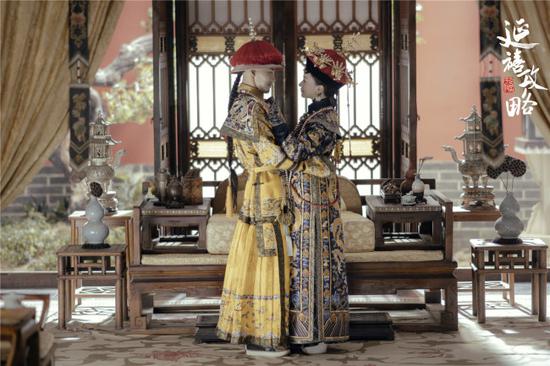 A still of an episode of "Yanxi Palace". [Photo: Weibo]

The Chinese costume drama "Yanxi Palace" was the most Googled television show in 2018, reports BBC News.

The show quickly became a hit in China, and became a topic of heated discussion online. It didn't take long before the show's popularity spread to the overseas Chinese community and beyond across Asia. It has been streamed more than 15 billion times on iQiyi, China's leading video website.

The 70-episode series about Qing Dynasty Emperor Qianlong's harem tells tales of the power struggles among the imperial concubines such as Wei Yingluo, the main protagonist, who struggles to overcome enormous difficulties in her battle to rise to the top of the harem.

According to the BBC News report, there are a few reasons why "Yanxi Palace" became such a hit. Like the popular shows "Legend of Zhenhuan" in 2012 and "Empress Wu Mei Niang" in 2014, "Yanxi Palace" focuses on the role of women near the center of power in imperial China, which captivate the attention of Chinese audiences. Unlike many traditional Chinese female characters, Wei's toughness, independence, and determination make her stand out.

Another reason for the show's is that the director has taken the bold move of casting new actors. This lowered the cost of the actor's pay, and allowed the production to spend more on sets, costumes, and makeup.

Another factor in the show's success was the decision to make it available online before it was broadcast on television. iQiyi, which also co-produced the series, helped build the audience for the show early on. It was the most watched series online in China for 39 consecutive days.