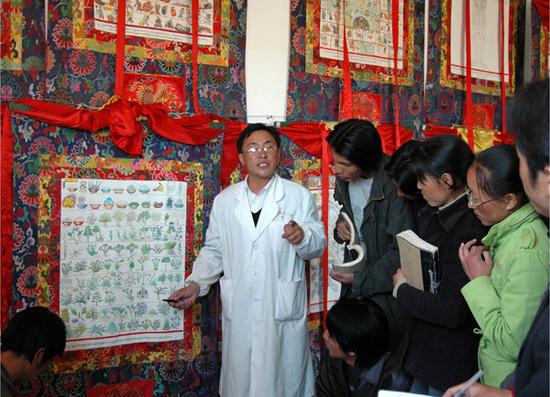 Sonam Tsering, a Manpa (traditional physician), introduces the medicinal herbs to students for the Lum bathing recorded in the medical thangka of Gyud zhi (the Four Trantras) (Photo provided by the National Center for the Safeguarding of the Intangible Cultural Heritage in China)

Traditional Tibetan bathing for a medical purpose was inscribed onto the Representative List of the Intangible Cultural Heritage of Humanity by UNESCO on Wednesday.

The entry, officially known as Lum medicinal bathing of Sowa Rigpa, knowledge and practices concerning life, health and illness prevention and treatment among the Tibetan people in China, obtained the status at the 13th session of the Intergovernmental Committee for the Safeguarding of the Intangible Cultural Heritage, which is ongoing in Port Louis, Mauritius.

In the Tibetan language, the word "Lum" indicates the traditional knowledge and practices of bathing in natural hot springs, herbal water or steam to adjust the balance of the body and mind, ensure health, and treat illness.

It reflects folk experiences and ancient medical classics. Its practitioners include farmers, herdsmen and urban residents, with the Manpa (physician), Lum Jorkhan (pharmacist) and Manyok (assistant) owning respective responsibilities in the practice. 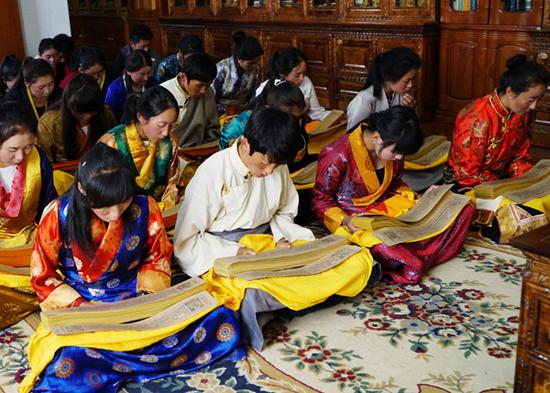 Students at the Tibetan Traditional Medicine College read the Gyud zhi (the Four Tantras) in Lhasa, capital city of the Tibetan autonomous region. (Photo provided by the National Center for the Safeguarding of the Intangible Cultural Heritage in Chin)

The practice is inherited in the Tibetan autonomous region, as well as regions in Qinghai, Sichuan, Yunnan, and Gansu provinces inhabited by Tibetans. Lum also includes traditional Tibetan astrology, rituals, religions, and many other aspects in daily life. 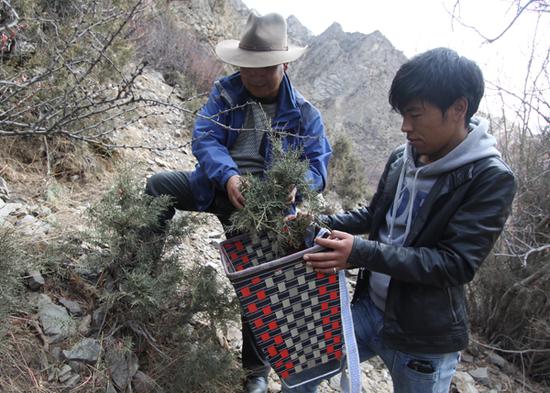 Two Manpas (traditional physicians) pick herbs that can be used for medicinal bathing in the Tibetan autonomous region. (Photo provided by the National Center for the Safeguarding of the Intangible Cultural Heritage in China)

Many methods have been taken to preserve it, like the establishment of a relevant database, promoting its knowledge through school textbooks, and more medical training programs serving residents.