Comicomment: What's the result of US' coexistence with COVID? 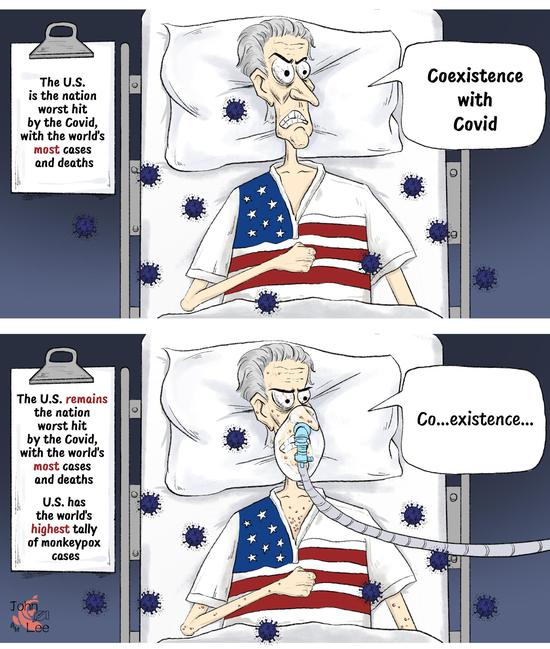 (ECNS)--One million people have died from Covid-19 so far this year, the World Health Organization has revealed, describing it as a "tragic milestone". The United States remains the nation worst hit by the pandemic, with the world's highest caseload and death toll. And the U.S. also has the world's highest tally of monkeypox cases.

Texas health officials on Tuesday reported the death of a person with monkeypox — what appears to be the first fatal case in the United States. The country should have been able to contain monkeypox, but it failed again, in the way it did in responding to the Covid-19 pandemic.

The US' passive epidemic response has led to dreadful consequences. The U.S. politicians only focus on political gains, with no regard to the life and health of the ordinary people. Its pandemic control, which has been unscientific, unequal and irresponsible, has gravely undermined American people’s right to life and health.