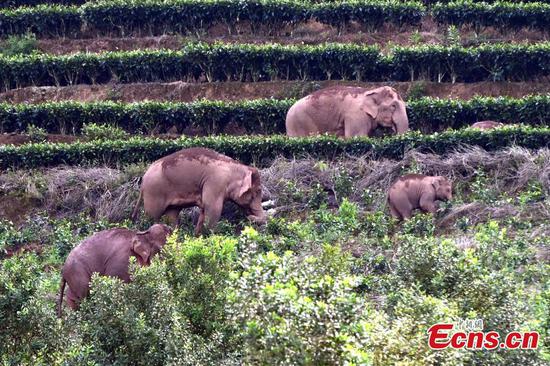 (ECNS) -- At the Asian Elephant Breeding and Rescue Center in Xishuangbanna, Yunnan Province, staff referred to as "elephant parents" work at least 10 hours a day bathing and rehabilitating these giant animals.

Chen Jiming is one such "parent".

Despite his best efforts, the traumatized animal eventually died after two months.

With Asian elephant populations increasing and their habitats disrupted, many elephants cross into villages where they wreak havoc on crops, fueling human-elephant conflict.

Kenyan wildlife authorities shoot 50 to 120 problematic elephants a year to protect local people and cash crops, said Chen Fei, director of the Asian elephant research center under the National Forestry and Grassland Administration, in an interview.

But in China, things are different.

In 2011, public liability insurance was set up to protect villagers' livelihoods against straying elephants, according to Zhao.

In 2021, the world witnessed China's handling of a herd of wandering wild Asian elephants in southwest China's Yunnan Province.

All the elephants safely returned to their habitat, with 327 people mobilized, 1,428 residents evacuated, and 1.1 metric tons of food provided to the animals.

Diao Faxing was a truck driver before becoming an elephant monitor in 2016, out of curiosity about Asian elephants. In the following years, he grew familiar with the roads of Jiangcheng County and Asian elephant habitats, along with the use of drones and early warning systems. 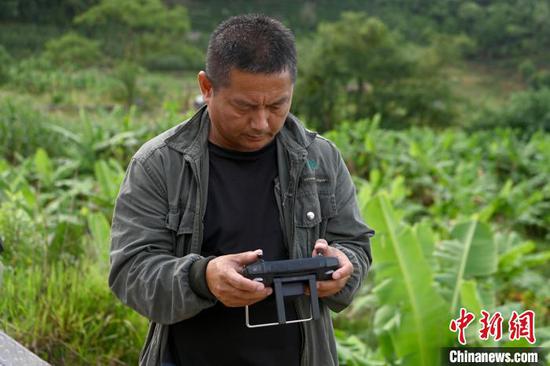 Sometimes he only sleeps three hours a day while monitoring or reporting abnormalities to the center.

"I have witnessed the birth of four elephants this year, which means our protection efforts have worked," Diao said.

Thanks to such commitment, the Asian elephant population in China has been increasing over the past thirty years, while suffering a decline elsewhere.