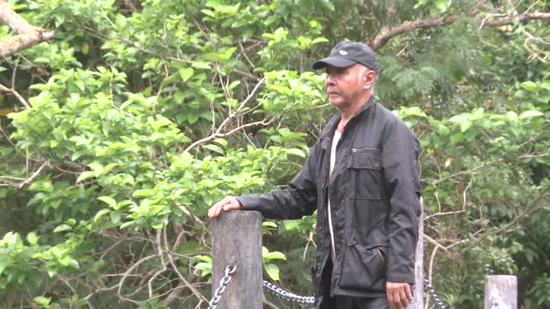 (ECNS) -- Zheng Wentai, an overseas Chinese returnee who had dedicated his life to ecological restoration, died at the age of 77 on Tuesday.

He transformed tens of thousands of acres of barren land into a green paradise in Xionglong, south China's island province of Hainan.

He started his career in the early 1980s as a real estate developer after completing a university degree in architecture and design in Britain. He made a handsome fortune in real estate.

A serious illness almost claimed his life in 1992. That made him realize life is short, so he decided to do something he really yearned for.

To achieve that, he sold his properties in Hong Kong and Guangzhou and cooperated with Xionglong Overseas Chinese Farm.

The garden was built after nearly 27 years of painstaking toil and scientific exploration by Zheng.

Today, the garden is home to more than 4,000 tropical plant species, among which more than 60 are rare and endangered.