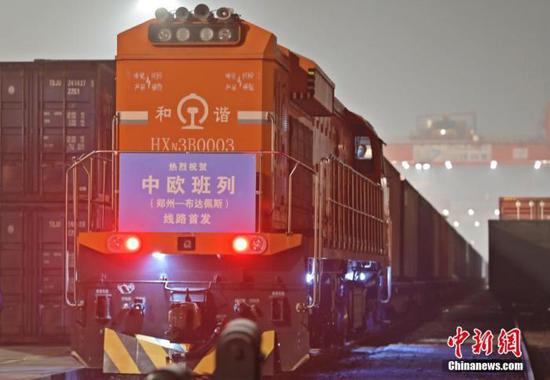 A new China-Europe train linking Zhengzhou, capital of Henan Province, with Budapest is launched on January 28, 2022.

This is the first line to Budapest launched from Zhengzhou, as well as a new China-Europe freight route for 2022.

As the largest city in Hungary, Budapest is the country's political, economic and transportation center, and a vital logistics hub on the Belt and Road Initiative (BRI).

The new route will offer more convenient trading services to Hungary and neighboring countries, while expanding trading channels to promote the economic development of China and Europe, according to a manager of China Railway Zhengzhou Group.