(W.E. Talk) In the face of disruptors, why is cooperation the only way to achieve long-term stability in the South China Sea?

Wu Shicun, the founding president of National Institute for South China Sea Studies, said in an exclusive interview with China News Service's East-West Quest that U.S. policies and actions on the South China Sea, as well as its allies’ military actions there, will become a destabilizing factor that will cause the situation to deteriorate. The only way to achieve lasting peace and stability in the South China Sea is for neighboring countries to focus on functional cooperation, seeking common ground while shelving differences.

Here are excerpts from the interview.

Wu Shicun: The British navigation is not simply the so-called “crossing the South China Sea in accordance with the International Law,” but with multiple purposes.

From a geopolitical point of view, the U.K. needs to ride the U.S.'s coattails to avoid diplomatic isolation and at the same time to hitch a ride on the U.S. Indo-Pacific Strategy to return to the world stage. Thus,the South China Sea issue, which is considered by the United States as a key driver to contain China, has naturally become a bargaining chip of the U.K.

Second, to project British maritime power into the Asia-Pacific region. In March 2021, the U.K. released “Global Britain in a Competitive Age: The Integrated Review of Security, Defense, Development and Foreign Policy,” which is claimed to be the most comprehensive report since the end of the Cold War.It clearly defines British diplomatic and military strategic orientation toward the Indo-Pacific region, and it shows British claims to reshape its influence in the vast Indo-Pacific region, including the South China Sea.

China News Service: You once analyzed that the prospects for the South China Sea situation was not optimistic because of the continuity of China-U.S. competition there and the suddenness of disputes over maritime interests between the countries involved in the South China Sea disputes. Senior U.S. officials visited Southeast Asia intensively some time ago, trying to form a larger encirclement net against China. How do you interpret the current situation in the South China Sea?

First, the U.S.-led South China Sea security multilateralism is gradually taking shape. The U.S. intends to extend the Quadrilateral Security Dialogue, wooing the support of Britain, France, Germany and other countries to form an Indo-Pacific version of NATO. These countries have become the myrmidon of the United States in the South China Sea out of their own interests.

Second, America's new policy in the South China Seais on its' way. Judging from the current tension in the Sino-U.S. military game, the U.S. military will continue to deploy superior forces to the Indo-Pacific region, including new combat capabilities such as drones and intelligent systems. It is expected that the South China Sea region will be the focus of this military deployment adjustment.

Third, the unilateral actions of claimant countries that focus on oil and gas development activities in disputed areas will become more complicated. As the Philippine presidential election approaches, China-Philippine relations may encounter some twists and turns.

Fifth, a great clamor has arisen again about jurisprudential struggle. On the fifth anniversary of the so-called "adjudication," the U.S., Australia, Japan, Canada, the Philippines, Vietnam and other countries all issued statements opposing and denying China's claims in the South China Sea. Countries with ulterior motives may take the opportunity to adopt new measures to hype the so-called "adjudication."

China News Service:What is your judgment of the future situation?

Wu: First, the U.S. policies and actions in the South China Sea, as well as the military actions of American allies there, will become the main negative factors for the deterioration of the situation.

Second, driven by the instigation of the United States and its own interests, some claimant countries will consolidate and expand their vested interests with unilateral actionsat every possible opportunity.

Third, in the future, there will be continuing competition between China and the disputing countries, China and ASEAN, China and the United States, and foreign countries regarding the negotiation of standards.

In the face of emerging unstable factors, the only way out for the South China Sea issue is cooperation. At present, such cooperation is still in its initial stage, with many problems at hand. All parties involved also have concerns about cooperation and lack sufficient mutual trust. For example, in terms of conserving fishery resources, China implements the annual summer fishing moratorium in the South China Sea, but because of the opposition and destruction of relevant countries, fishery conservation has not achieved the expected result. At the same time, the South China Sea is also an area prone to various marine disasters, but there is no maritime rescue mechanism between coastal countries and no corresponding rescue facilities. China and ASEAN countries should put regional maritime humanitarian rescue cooperation on their agenda as soon as possible, starting with mechanism construction and deployment and sharing of facilities. As the largest coastal country in the South China Sea, China has the ability to build island and reef infrastructure and provide public services, especially maritime rescue facilities, to the countries around the South China Sea.

In short, countries around the South China Sea should promote governance and cooperation on such issues as ecological environment, waterway safety and fishery resources protection in accordance with the principle of seeking common ground while reserving differences. In particular, in view of regional such challenges as resource depletion, biodiversity degradation and marine plastic waste, coastal countries can learn from the successful experience of marine governance in other regions of the world, then negotiate and sign the South China Sea Environmental Protection Convention to build "blue partnerships" to promote maritime cooperation and the sustainable regional development. 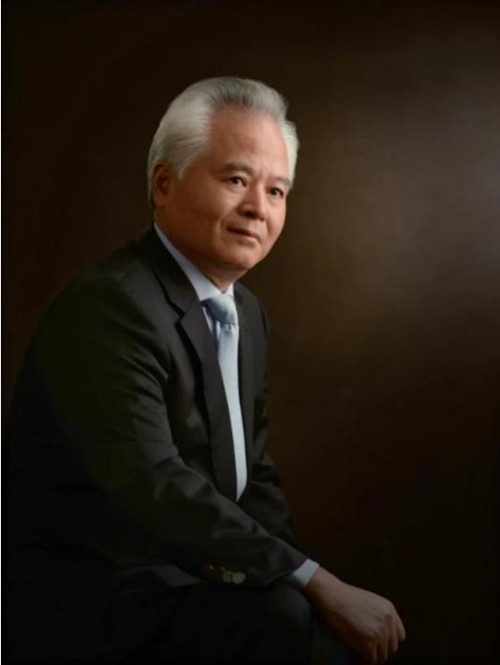