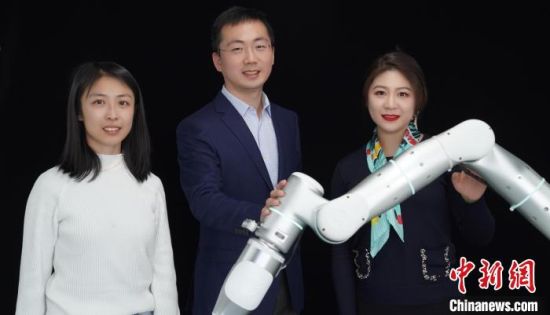 (ECNS) -- A Chinese research team released an autonomous robot for needle-free vaccinations in Shanghai on Monday.

The robot uses the world's leading 3D model recognition algorithm and adaptive robot technology. Combined with the design of needle-free syringe mechatronics, it can automatically identify an injection location on the human body, such as the deltoid muscle.

Drug injection can be completed within half a second with accuracy reaching 0.01 milliliters, which can be applied to different vaccine dose requirements.

With injection depth controllable, it also can be applied to different kinds of vaccines injected subcutaneously or intramuscularly, and meet the injection demands of different groups of people.

Compared to needles, the injection is safer and helps people with their fear of needles.

The robot was jointly developed by Tongji University led by Qi Peng, Chinese technology enterprises and the Center for Cardiovascular Innovations.

Medical robots, together with mobile vaccination vehicles, will provide citywide vaccinations and avoid the risk of cross injections, according to the research team.