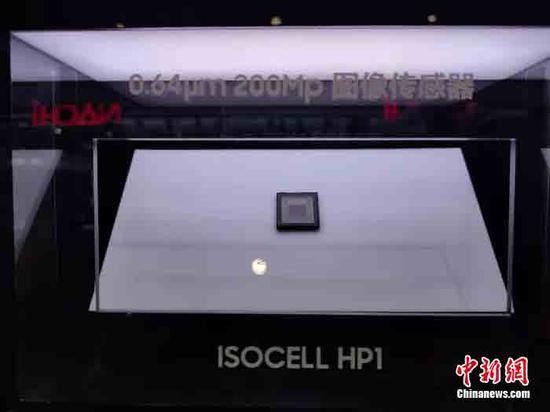 The advanced sensor can generate ultrahigh-resolution pictures by virtue of its multi-pixel synthesis technology even in environments with insufficient light, according to staff.

Bigger pixel sizes can enhance the light capture capacity and light sensitivity of the mobile image sensor, resulting in images of higher quality.

The sensor will be commercially released with the new generation of smartphones as early as the first quarter next year.

The 4rth CIIE kicked off Thursday night in Shanghai. Nearly 300 enterprises from more than 35 countries and regions have displayed their products and technologies at the Intelligent Industry and Information Technology Exhibition Area.