In Chinese culture, Ruyi, usually made of jade or gold, represents auspiciousness.

Designed by a Tsinghua University team, Snow Ruyi has combined Chinese traditions with international sports culture, explained Wang Hao, a designer. “We finalized the Ruyi shape out of more than 200 blueprints,” added Wang. 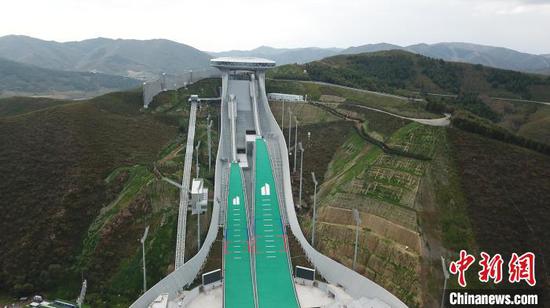 The top of Snow Ruyi, supported by two giant columns, is more than 130 meters above the ground and can accommodate 500 people. The S-shaped track looks like the main body of a Ruyi hanging in the air, while the bottom consists of a soccer field and audience area, according to Wang Jingxian, an official of the Beijing Organizing Committee for the 2022 Olympic Winter Games.

With 100 days to the start of the Beijing 2022 Winter Olympics, Snow Ruyi, saturated with Chinese culture, will become a landmark stadium.