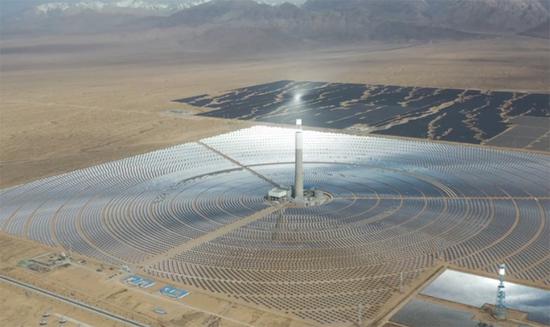 The power station covers an area of 9.52 square kilometers, with a solar panel field of 1.45 million square meters. Using about 37,240 tons of molten salt, and with a total investment of 3.126 billion yuan ($475.78 million), the power station is scheduled to be connected to the grid before September 30, 2022.

Upon completion, the power station is expected to generate about 435 million kilowatt-hours of clean electricity annually, reducing about 365,000 tons of carbon dioxide.

The solar thermal power generation project is one of 27 new energy projects in Qinghai.

A key meeting of the Central Committee for Financial and Economic Affairs in mid-March mapped out a host of measures that would help China to peak its carbon emissions by 2030 and attain carbon neutrality by 2060.