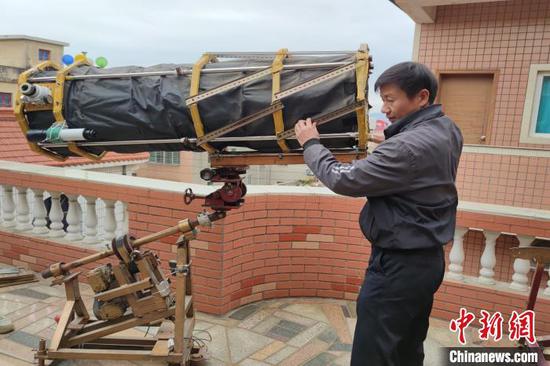 (ECNS) -- Astronomy fan Yan Mingzhe hails from Anhai Town, Jinjiang City, Fujian Province. He managed to create a Newtonian telescope all by himself.

He polished two large-diameter lenses and a star-tracking device.

"Few Chinese astronomy enthusiasts can grind such a large lens by themselves, and few can build a matching "tracking system", while even fewer can learn to make both," he said.

Yan became interested in astronomy when he was a junior high school student. Now, he can produce one lens in one or two months.

He has captured a clear image of Sinus Iridum, lunar craters, and sunspots using his self-made telescope over the past six years. 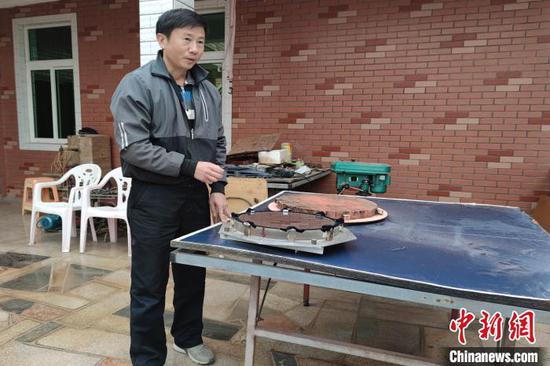 Astronomy fan Yan Mingzhe shows the lenses he has made by himself. (Photo provided to China News Service)