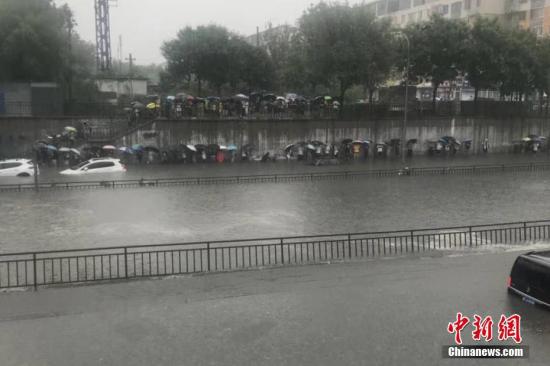 Heavy rainfall caused many intersections and roads submerged by flash flooding, with one section cut off at Yuzhi East Road.

Photos that went viral on social media showed cars immersed in water and passengers struggling through the street.