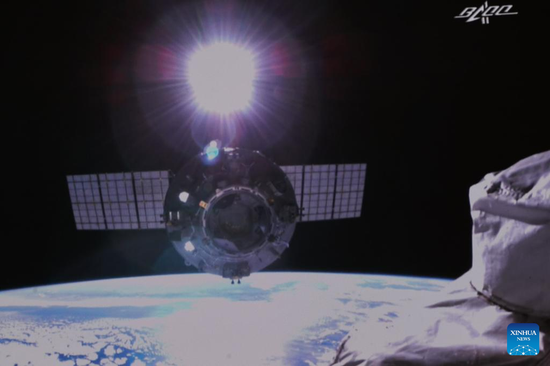 At 3:59 p.m. Beijing Time, Tianzhou-2 left the core module of the Tiangong space station after completing all of its scheduled tasks, said the agency.

During its operation in orbit, Tianzhou-2 carried out a series of extended application tests. It is now in good condition, and will enter the Earth's atmosphere at an appropriate time under ground control, the agency added.

Tianzhou-2 is the first cargo ship sent into space in the key-technology verification phase of China's space station.

Carrying 6.8 tonnes of supplies for the space station, it was launched from the Wenchang Spacecraft Launch Site on the coast of the southern island province of Hainan on May 29, 2021.