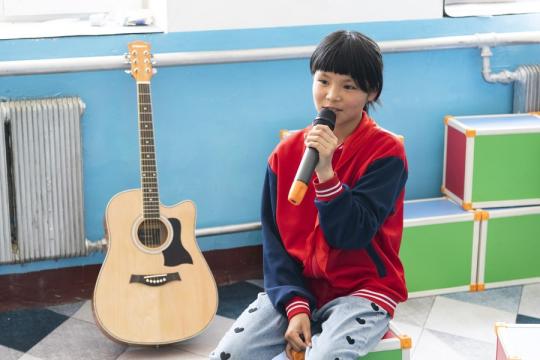 Ma Jun, vice-president of the Luoyang Institute of Science and Technology and a member of the National Committee of the Chinese People's Political Consultative Conference, has proposed including treatment of students' psychological issues in medical insurance coverage.

Her proposal has won support among netizens and became a trending topic on Sina Weibo, with a related hashtag being viewed more than 37 million times.

More students are being diagnosed with mental health issues before they enter college, and there is a higher rate of depression among college students, Ma told Nanfang Weekly.

Students who have psychological issues often require therapy and medication for a lengthy period. However, such treatment is not covered by medical insurance and families often cannot afford the expense so they stop the treatment.

The Ministry of Education said it will include screening for depression in students' regular health checks.

The ministry has also asked universities to offer compulsory courses on psychological health to all students, while school students and university freshmen should undergo annual psychological evaluation.

Universities should employ at least two qualified full-time psychological counselors, and primary and secondary schools should employ one such staff member, the ministry said.

Chai Huien, a deputy to the National People's Congress and vice-principal at a primary school in Dingzhou, Hebei province, said more efforts are needed to increase the number and improve the quality of psychological counselors in primary and secondary schools.

Universities should also increase enrollment of psychology majors so more people are qualified to do such work, she added.

Yu Minhong, chairman of New Oriental Education and Technology Group and a member of the CPPCC National Committee, said there are many factors contributing to the rising depression rate among teenagers, including academic stress, personal relationships and poor lifestyles.

The country and all of society need to pay greater attention to the problem and try to take a more holistic approach to solve it, he said.

The academic workload of students needs to be further reduced and they need to be encouraged to take part in extracurricular activities to help them develop their interests and hobbies, Yu said.

Hu Wei, a national political adviser and executive deputy director of the Shanghai branch of the China Vocational Education Association, said schools and parents should give students enough spare time to do as they wish.

While protecting students' drive to study, parents and teachers should not make too many arrangements for them or make their lives too busy, he said.

Students can spend time in independent thought, or simply idle it away, which is important for their healthy mental growth, he said.