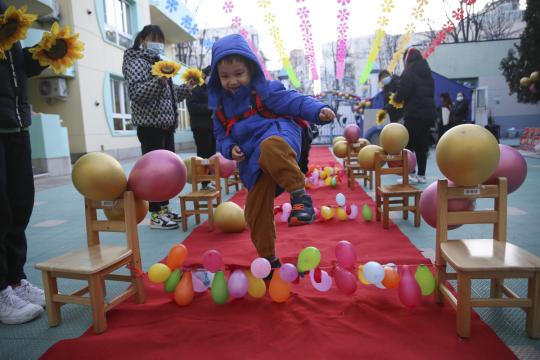 The Beijing Municipal Medical Insurance Bureau said in a notice released on Monday that the newly added fertility services are deemed to be mature and reliable, and suitable for a large number of people seeking to have babies.

The new policy, set to take effect on March 26, is aimed at "implementing proactive measures to support fertility", said the notice, jointly released with the city's health authority and its human resources and social security bureau.

The services to be covered include in vitro fertilization, embryo culture and resuscitation of frozen embryos or semen. Across the city, 15 hospitals eligible for reimbursement are qualified to provide such services.

Liao Xi, president of the Beijing Perfect Family Hospital－one of the 15 medical institutions－said the new policy will be a boon for people in need of reproductive assistance.

"The success rates of these technologies are limited and those who fail on the first try have to go through the treatment again, leading to mounting medical bills," she said.

"Covering these services through insurance is expected to relieve their financial burden, encourage them to make more attempts and increase the rate of success."

About 7 percent to 10 percent of people of childbearing age in China are infertile, according to the National Health Commission.

It is estimated that 20 percent of them will resort to assisted reproductive technologies, while the remainder only need to change lifestyles, seek psychotherapy or take medications to increase the chances of having a baby.

Calls for the costs of reproductive assistance to be cut have been getting stronger as the number of newborns in China has been declining over the past few years, prompting authorities to roll out a slew of supportive measures to encourage births.

The National Healthcare Security Administration said in September that a number of ovulation drugs are already covered by healthcare insurance.

In response to a National People's Congress deputy's proposal that reimbursing reproductive assistance services could help population growth, the administration said it will guide local governments to expand medical insurance coverage based on their capacity.

Ping Zhining, who works in the reproductive assistance industry in Beijing, said a cycle of regular in vitro fertilization procedures in China usually costs around 20,000 yuan ($3,150). The new policy is expected to save about 5,000 to 6,000 yuan per cycle.

"Few people manage to get pregnant after one round," she said. "Nowadays, due to high pressure and a disrupted circadian clock, even some young people in their 20s have to undergo two to three cycles to successfully get pregnant."