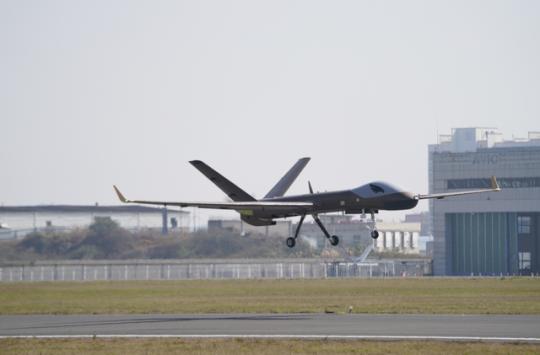 The test flight took place on Tuesday at an undisclosed airport and lasted 22 minutes, AVIC, the nation's leading aircraft manufacturer, said in a statement that did not give further details of the test.

The Wing Loong 1E is a large multifunctional drone made from composite materials, it said. Developed by the AVIC Chengdu Unmanned Aerial Vehicle System, an AVIC subsidiary in the capital of southwestern China's Sichuan province, it is designed to compete with the United States' MQ-1C Gray Eagle, AVIC said.

The MQ-1C Gray Eagle is a medium-altitude, long-endurance unmanned aircraft developed by General Atomics Aeronautical Systems for the US Army.

Wu Peixin, an aviation industry observer in Beijing, said that because the new drone's body, wings and tails are made from composite materials, it must be lighter and more durable than its predecessors.

"Considering the AVIC statement saying the Wing Loong 1E is meant to compete with the MQ-1C, the type is apparently designed for export purposes and should have better capabilities than previous Wing Loong drones such as a longer flight range and easier controls," he said. 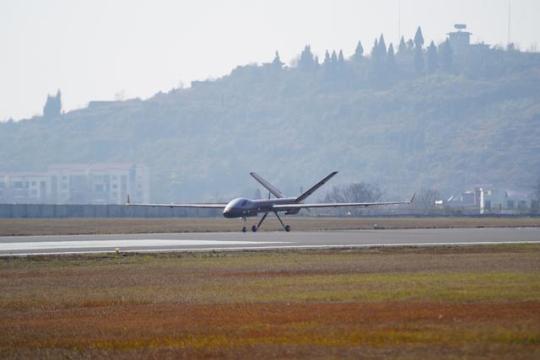 The Wing Loong 1 and 2 have been very popular on the international arms market and have been sold to many countries, Wu said.

According to foreign media reports, the combat drones' users are mainly in Africa and the Middle East, including Nigeria, Egypt and the United Arab Emirates. Some Wing Loong 1s have also been exported to Serbia.

In addition to military clients, AVIC has also built several civilian models based on the Wing Loong 2 and Wing Loong 10 combat drones to serve in emergency response, communication relay, weather forecasting and other public service operations.

The Wing Loong 2H, another Wing Loong 2-based model, played a major role in July in the effort to restore communication services and survey conditions in several parts of Henan province that were severely affected by heavy rain and flooding.