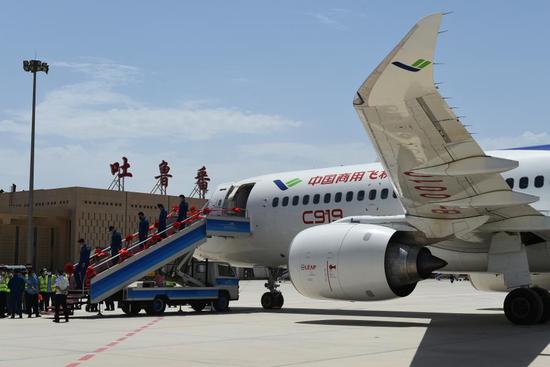 China will make efforts to sustain the smooth operation of small and medium-sized civil airports, an integral part of public infrastructure, according to the civil aviation authorities.

The Civil Aviation Administration of China (CAAC) will continuously implement support policies and give subsidies to those airports with an annual passenger throughput of less than 2 million, according to the CAAC.

The support policies and subsidies will help ensure their safe, smooth and continuous operation, especially those airports in remote and border regions with inconvenient transportation.

All the moves are expected to boost their roles in sustaining regional economic development and facilitating people's travel, said the CAAC.

Small and medium-sized airports have a key role to play in facilitating travel, sustaining economic growth and providing emergency rescue. However, most of them struggle to make ends meet due to their small scale and the impact of the pandemic.

As of the end of 2020, China's total number of certified civil transport airports and general airports stood at 241 and 313, respectively, according to data from the CAAC.