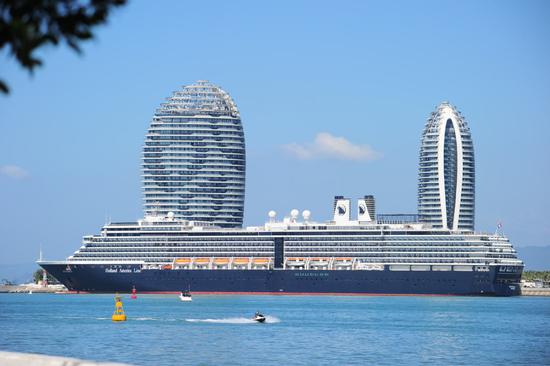 The recently-launched campaign by Hainan Free Trade Port to recruit global talent is drawing attention from around the world, Britain's Pathfinder, a provider of careers advice and opportunities, said.

The worldwide talent attraction campaign, lasting from Sept 29, 2021 till June 30, 2022, has more than 35,000 job vacancies on the first batch, covering tourism, the modern service industry, tropical agriculture and other sectors.

When it comes to attracting global skilled talent, Hainan may give British something to think about, the report said.

Hainan is known by some as the "Hawaii of China" thanks to its tropical climate, luxurious beach resorts, upmarket hotels, golf courses and luxury shopping.

Hainan also set up China's first blockchain testing zone, the report said, adding talent from the tech world have already started to make their way to Hainan to explore the application of blockchain in area such as cross-border trade, inclusive finance and credit rating.

China released the Overall Plan for Hainan Free Trade Port in June last year. According to the plan, China will build the entire Hainan Island into a globally influential and high-level free trade port by the middle of the century.