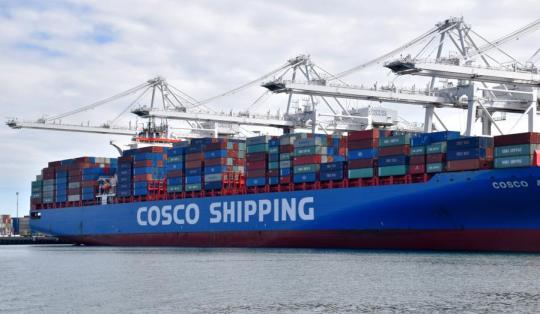 At an economic forum on Thursday, former US Secretary of the Treasury Henry Paulson rebutted the voice calling for financially decoupling the United States from China, saying such a move is not in American interests.

"Wholesale financial decoupling is impossible, and partial decoupling is likely to make the US, China and the world more susceptible to financial crises," Paulson said at the Bloomberg New Economy Forum held in Singapore, according to The Straits Times.

"It is crucial to have a mechanism for the world's first- and second-largest economies to coordinate, as this is the only way to put out the next big financial and economic fire," he said.

The United States benefits from having its financial institutions operating in China on a level playing field, he added.

He said he hardly thinks it is in American interests to walk headlong down the path of a wholesale decoupling from China.

"The rest of the world isn't going there," he said.

It is not wise for the United States alone to break global supply chains and cut off US workers from some of the largest and fastest growing markets in the future.

"Without cooperation in the internal system, there will be chaos," he added.