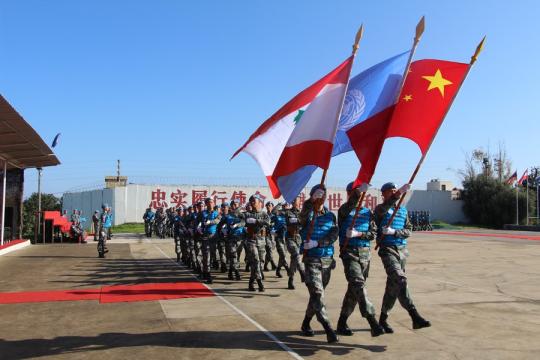 President Xi Jinping and Lebanese President Michel Aoun exchanged congratulations on Tuesday on the 50th anniversary of diplomatic relations between China and Lebanon with both leaders vowing to expand pragmatic cooperation.

In a congratulatory message to Aoun, Xi hailed the steady development of bilateral ties since the two countries established diplomatic relations.

Both countries have continued to deepen cooperation in various fields, and they have understood and supported each other on issues related to their respective core interests and major concerns, Xi said.

China and Lebanon have set an example of big and small countries treating each other as equals and developing mutually beneficial, win-win cooperation, he added.

Noting that he considers the development of relations with Lebanon greatly important, Xi said he is willing to work with the Lebanese president to take the anniversary as an opportunity to consolidate the countries' mutual political trust and intensify pragmatic cooperation to push friendly cooperation to a new stage.

China will continue to assist and support Lebanon in fighting the COVID-19 pandemic, developing its economy and improving people's well-being, he added.

Aoun said in his message to Xi that over the past 50 years, the two countries have developed constructive cooperation in political, economic and cultural fields.

Lebanon appreciates China for its support of the country's sovereignty, independence and territorial integrity and its effort to curb the coronavirus, Aoun said.