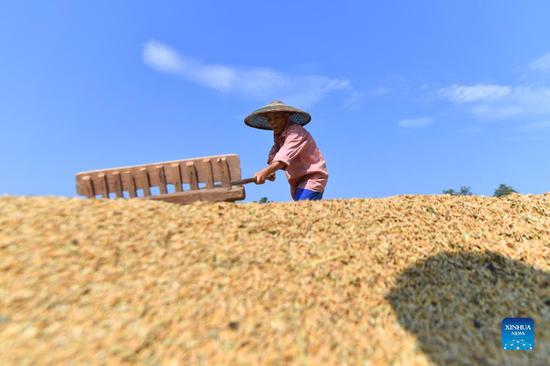 The impact of the rains on grain production is limited, and the output of autumn grain is expected to surpass that of last year, with around 80 percent of the autumn grain already harvested, said Zeng Yande, an official with the ministry.

Grain production for the whole year is expected to hit a record high, staying above 650 million tonnes for the seventh straight year, Zeng said.