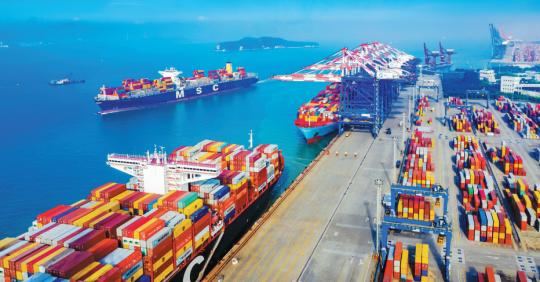 With the acceleration of the digital economy serving as a silver lining during the COVID-19 pandemic, regional experts see more opportunities for China and the Association of Southeast Asian Nations to strengthen technological cooperation for common development and prosperity.

"Digital technology, a game-changer critical to responding to and overcoming the COVID-19 crisis, has become the bedrock of our everyday life," said Koh King Kee, president of the Centre for New Inclusive Asia, a think tank in Kuala Lumpur, Malaysia.

Noting that the pandemic swept the world amid the Fourth Industrial Revolution, Koh said Asia's recovery, which rests on innovation, digital infrastructure, digital skills and digital cooperation, will contribute to the growth of 4 IR.

This year marks the 30th anniversary of China-ASEAN cooperation. Relations began in July 1991, with bilateral trade volume soaring from less than $8 billion to more than $680 billion in 2020. Despite the disruption to global trade, the 10-nation bloc for the first time became China's largest trading partner last year.

The two sides have deepened their cooperation in all sectors, jointly opening a new chapter in China-ASEAN common development and prosperity.

While pointing out that 2020 was designated as the year of digital economy cooperation between China and ASEAN, Tang Zhimin, director of China ASEAN Studies at the Panyapiwat Institute of Management in Bangkok, said the partnership has been fruitful. Achievements include the installment of a 5G network by Chinese telecom giant Huawei, as well as digital payment platforms established by Union Pay and Alipay that were adopted in Southeast Asia.

The ongoing pandemic has accelerated ASEAN's digital transformation at an unprecedented scale.

Citing a report by Facebook and consultancy Bain &Co, Koh said the number of online shoppers in six ASEAN countries has increased by an estimated 70 million since the pandemic started. Across Southeast Asia, that number is expected to hit 350 million by the end of this year.

Technological cooperation with China will help ASEAN countries "accelerate their development stages and reduce the amount of time needed to achieve economic efficiency and growth", said Chin Yew Sin, adviser for the Asia-Pacific region at the Global One Belt One Road Association.

Chin added that ASEAN countries-many of which have already been working with China as part of the Belt and Road Initiative, resulting in many projects in the region-can further enhance digital cooperation with the country.

Noting that China has eliminated absolute poverty, Chin said he also appreciates that the nation is striving to achieve common prosperity to reduce domestic income inequality.

"For any country to achieve long-term stability, the disparity of income among population (groups) must be closed," Chin said. "If this is not addressed properly, it will cause a lot of social problems."

"A hungry man is an angry man," he said, adding that China's efforts to connect people in the rural areas through physical infrastructure and digital technology can provide valuable lessons to ASEAN countries and others.

Echoing Koh's view, Tang, from the Panyapiwat Institute of Management, said ASEAN countries could also learn from China's use of innovative technology to promote green poverty alleviation, and the use of blockchain big data for a targeted approach.