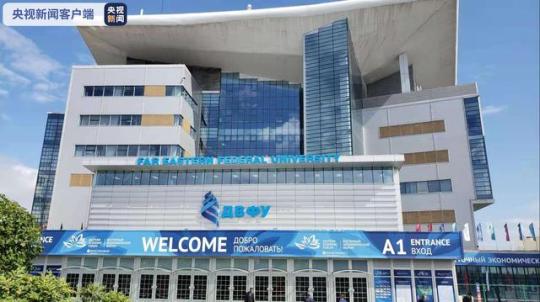 The Eastern Economic Forum opened in Russia's far eastern city of Vladivostok on Thursday as the government continues to focus on the development of the region.

The event, aimed at developing businesses ties and attracting national and international investors to Russia's Far East, will be held in a hybrid form during Sept 2-4 at the campus of the Far Eastern Federal University in Vladivostok.

Held annually since 2015, the forum was canceled in 2020 due to the pandemic. This year the forum is taking place amid strict anti-COVID-19 measures, according to the governor of Russia's Primorsky Krai, Oleg Kozhemyako. The governor described the forum venue as an "island of safety" and promised that all necessary precautions will be observed.

According to the Kremlin spokesman Dmitry Peskov, Russian President Vladimir Putin will attend the forum on Friday in the plenary session, where the leaders of Kazakhstan, Mongolia, Argentina, India and Thailand will participate remotely.

Putin will also hold a traditional meeting on the socioeconomic development of the Far East, Peskov said. "He does so every time. Interactive presentations of the results of development in the Far East will be presented to him."

Putin will also make a stop at the Vostochny Cosmodrome spaceport on his way from Vladivostok, Peskov revealed. The spaceport in the Amur Region in the Russian Far East is the first national civilian space center.

Although the forum is about business and signing contracts, there will be an expo to catch the eye and take photos. In particular, Russia's first hydrogen-powered luxury car Aurus will be showcased at the forum, according to Aurus representatives. The car manufacturer is famous for providing presidential limousine vehicles for Putin.

"This year Aurus will for the first time be showcased at the forum, the largest business event in the Far East, one of the key fora in Russia, which is a landmark event for our brand. Two cars will be on display in the Aurus showroom: a serial version of the Senat model and a promising development by the Central Scientific Research Automobile and Automotive Engine Institute (NAMI) - the hydrogen-powered Aurus," an Aurus representative said.

Russian Deputy Prime Minister Yuri Trutnev said participants from over 60 countries will take part in the forum this year.

A delegation from Japan will join the EEF and is expected to negotiate on new and existing projects in energy, logistics and urban development, according to Japanese Ambassador to Russia Toyohisa Kozuki.