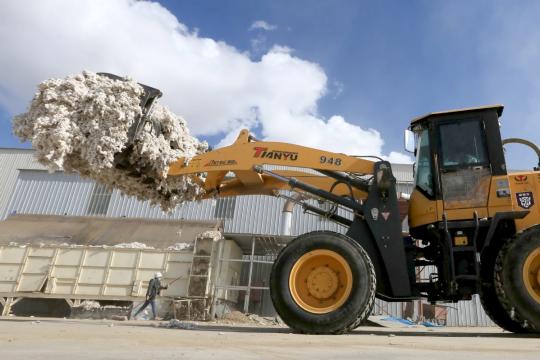 The hegemonic thinking of the U.S., as shown in recent Xinjiang-related accusations, centers on the fact that it will not tolerate any other country's development that challenges its own, Huang said.

The U.S. and Japan, in an attempt to step up pressure on China, said they "share serious concerns" regarding the human rights situations in Hong Kong and Xinjiang.

Niu Xinchun, director of the Institute of Middle East Studies at the China Institutes of Contemporary International Relations, or CICIR, said the attacks by Western countries led by the U.S. "victimize not only China, but also some other developing countries, nations in the Third World, and particularly some Middle East countries".

The path taken by Washington and some of its allies in hyping the Xinjiang human rights issue has become clearer since Biden took office as U.S. president. The aim is "to depict China as a villain, stoke confrontation between two different political systems, seize the moral high ground, put China on trial and lobby more countries to join them", Niu said.

Such countries do not rely solely on one specific issue that is part of China's internal affairs－be it Xinjiang, Taiwan or Tibet autonomous region－but on a group of miscellaneous, ideological approaches and international and regional policies to trigger competition with China and achieve coercion, Niu said.

While the U.S. is working hard in an attempt to engage in competition with China regarding their different political systems,"China should not fall into this trap of an ideological confrontation, as it has been pursuing peaceful coexistence among countries with different systems," Niu said.

"Although the U.S. and its allies are mostly consistent in ideology-related positions, they have their contradictions when it comes to their own interests," Niu said.