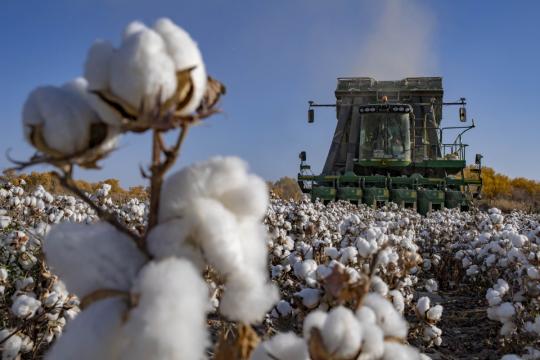 China's top legislator spelled out Beijing's position on the Xinjiang Uygur autonomous region and the Hong Kong Special Administrative Region to parliamentary leaders from five nations on Thursday, saying that its policies on these issues conformed with the common aspirations of the Chinese people.

Li Zhanshu, chairman of the Standing Committee of the National People's Congress, China's top legislature, spoke in Beijing during a meeting via video link with senior parliamentary officials from Turkey, Afghanistan, Iran, Pakistan and Russia.

The meeting, hosted by Turkey, was on the themes of countering terrorism and increasing regional connectivity.

Li said issues related to Xinjiang did not involve ethnicity, religion or human rights, but were related to fighting terrorism and combating separatism.

In the fight against terrorism and to eradicate extremism in the autonomous region, the Chinese government has protected the lives and safety of the people and won the support of various ethnic groups, he said.

He noted that the legal and social order of the Hong Kong SAR has suffered severely since the social unrest that began in June 2019, and the National Security Law for Hong Kong was backed by the people of the SAR.

The decision by the NPC to improve Hong Kong's electoral system is intended to fully and faithfully implement the principle of "one country, two systems" and the Basic Law and to safeguard the long-term prosperity and stability of the region, he said.

Li underlined the need to bolster cooperation among legislative bodies from the six nations now and in the post-pandemic era.

It is important to step up cooperation in public health and help with pandemic containment and the reopening of businesses with legislative methods and to adhere to openness, innovation, inclusive and green development to shore up economic recovery, he said.

He called for efforts to promote the high-quality building of the Belt and Road and improve the level of regional connectivity, saying that the authority of international laws must be firmly upheld in order to guarantee a fair and reasonable international order.