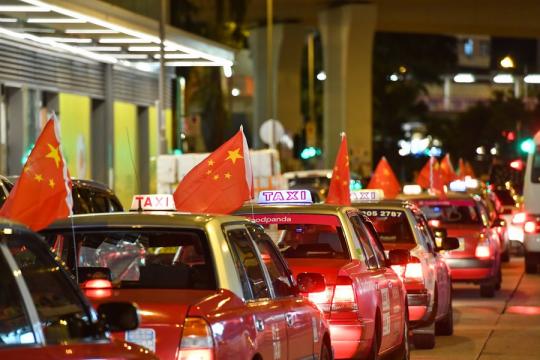 Wang Yang, chairman of the nation's top political advisory body, on Thursday called on members of the Chinese People's Political Consultative Conference to firmly back a full implementation of the "patriots governing Hong Kong" principle and enhance patriotism education among youth in Hong Kong and Macao.

Wang made the remarks when delivering a work report at the opening meeting of the fourth session of the 13th National Committee of the CPPCC at the Great Hall of the People in Beijing.

Wang stressed that the central government will firmly support the full implementation of the principle of "patriots governing Hong Kong".

He said that, during the past year, the CPPCC National Committee has emphasized the political responsibility of Hong Kong and Macao members and expressed support for the law-based governance of the HKSAR government.

In future work, he encouraged political advisers to deepen connections with Hong Kong and Macao compatriots, and actively research and discuss how to strengthen patriotism education among young people in the two special administrative regions.