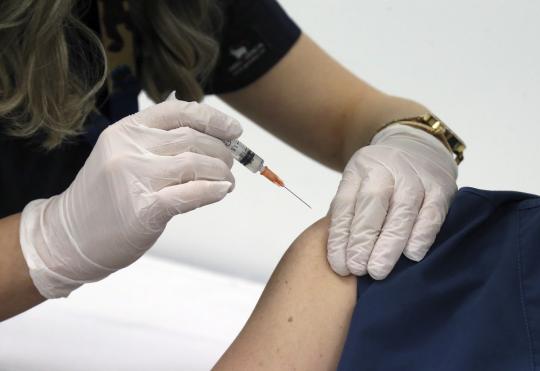 The COVID-19 vaccine developed by China's Sinovac Biotech is effective against the variants discovered in the UK and South African, the vaccine's Brazilian partner said on Wednesday, citing test results in Chinese trials.

"We have tested this vaccine in China against the English and the South African variants, with good results," said Dimas Covas, head of the Butantan biomedical center in Sao Paulo which lead domestic trials of the Chinese vaccine and is supplying doses to Brazil's Health Ministry.

Covas did not give any more details on exactly how effective the vaccine proved against these strains.

Butantan is also testing the vaccine, known as CoronaVac, against the variant appeared in the city of Manaus in Brazil, he said.

"Soon we will have the results and we are very positive it will do the job," Covas said.

Covas was speaking at a news conference in the small city of Serrana, in the interior of Sao Paulo state, where Butantan began on Wednesday a mass vaccination campaign aimed at inoculating the entire adult population against COVID-19 to test whether it lowers the infection rate.

Covas said he expects CoronaVac to have an advantage over other vaccines due to the technology it uses – an inactivated version of a coronavirus strain.

The efficacy of the Chinese vaccine against the Brazilian strain in particular will be vital to Brazil. The government has secured 100 million doses and made the vaccine a centerpiece of its inoculation campaign.

Covas' comments come as several cities in Brazil including state capitals of Rio, Salvador and Cuiaba have suspended new vaccinations as they ran out of doses.