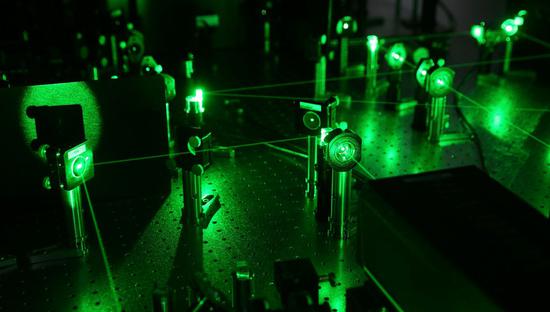 The team established a quantum computer prototype, named "Jiuzhang," via which a maximum of 76 photons was detected. The study was published in Science magazine online.

No traditional computer can perform the same task in a reasonable amount of time, and the speedup is unlikely to be overturned by classical algorithmic or hardware improvements, according to the team.

In the study, Gaussian boson sampling (GBS), a classical simulation algorithm, was used to provide a highly efficient way of demonstrating quantum computational speedup in solving some well-defined tasks.

The average detected photon number by the prototype is 43, while up to 76 output photon-clicks were observed.