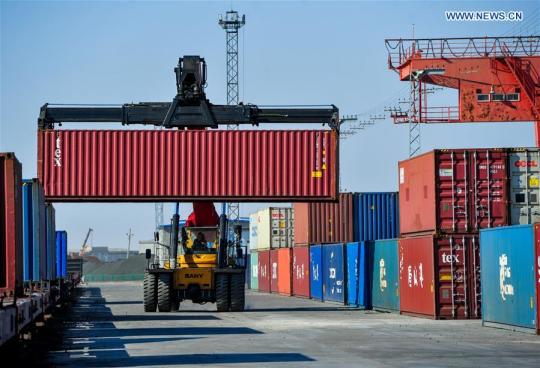 A total of 5,088 China-Europe freight trains have passed through the border port of Erenhot in North China's Inner Mongolia autonomous region since 2014, said sources from the local railway operator.

Erenhot Port initiated the China-Europe cargo rail transport service in May 2014 and has since been handling rising numbers of cargo trains, said Zhang Peng, who works at the Erenhot station which is owned by the China Railway Hohhot Group.

With regular COVID-19 prevention and control measures in place and amid the resumption of work and production, the daily number of China-Europe cargo trains passing through the port has increased from an average of two in March to seven now, said Zhang.

Erenhot Port is the largest land port on the border between China and Mongolia, and there are 42 China-Europe freight train routes passing through the port.