Opening-up efforts to be intensified 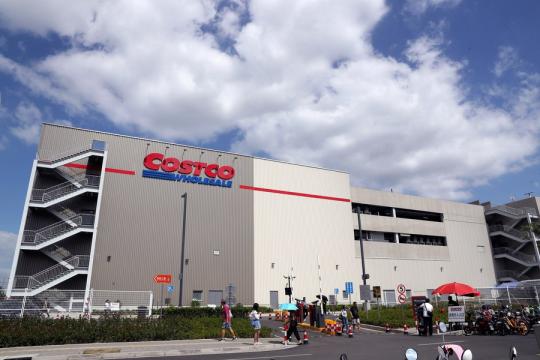 Ministry: Foreign investment will be further increased in many industries

China is making concerted efforts to revise the catalog of industries to encourage foreign investment and further promote opening-up, and accelerate the construction of a new open economy in the country, a senior official with the Ministry of Commerce said on Tuesday.

The number of sectors open for foreign investment will be expanded further, while more foreign enterprises will be eligible to enjoy the relevant preferential policies, said Wang Shouwen, vice-minister of commerce.

"The world is undergoing profound changes unseen in a century, which are being accelerated by the COVID-19 pandemic," Wang said in his speech at the International Investment Forum 2020 on Tuesday. "The global economy is still in the doldrums. Economic globalization is facing difficulties, while protectionism and unilateralism are on the rise. International investment cooperation still faces severe and complex situations as global demand is faltering."

Despite the mounting downside pressure both at home and abroad, China is committed to open its doors wider to the outside world, said Wang.

More efforts will also be made to establish and improve the foreign investment service system, help solve the difficulties and problems for running foreign businesses and foster a stable, fair, transparent and predictable business environment, Wang said.

"We will step up efforts to promote the implementation of various policies and measures to stabilize foreign trade and investment and build an edge in international cooperation and competition amid the pursuit of a higher level of opening-up. Efforts will be focused on a new model of development in which the domestic economic network takes the primary role, while the domestic and international economic networks complement each other."

China's economy has been gradually returning to normal due to the government's effective work and production resumption measures as well as the steps to contain COVID-19. The steps have bolstered the confidence of overseas investors, he said.

The Ministry of Commerce has established a special office to resolve the issues faced by foreign companies during the novel coronavirus epidemic. During the past five months, the offices have helped solve more than 180 problems.

During the first seven months of this year, foreign direct investment into China in the nonfinancial sector rose by 0.5 percent on a yearly basis to 535.65 billion yuan ($78.42 billion). It was the first positive growth after January this year, according to the ministry.

Li Dawei, a researcher with the Institute of International Economic Research at the Chinese Academy of Macroeconomic Research said the government is dedicated to expand opening-up in its battle against the COVID-19 pandemic, which will help promote the rapid recovery of cross-border investment and stabilize the global industrial and supply chains.

"China has effectively controlled the spread of the pandemic and is actively promoting work and production resumption, becoming a key driving force in boosting the global economic resurgence," Li said.

"China's move to open more industries to foreign investment and optimize the business environment will propel more multinational companies to invest in the country. It will not only help bolster the economy and restore growth, but also effectively stabilize global trade and investment."