Solving a dilemma caused by elephants 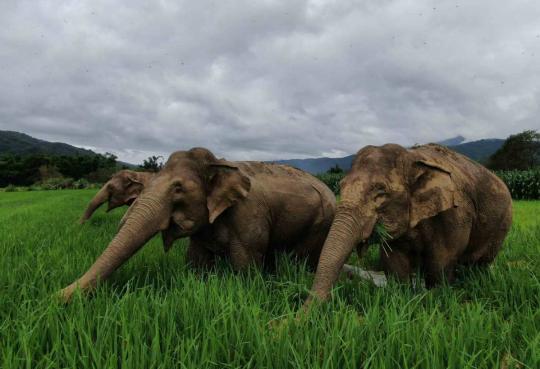 KUNMING－In recent years, conflicts between wild elephants and humans have worsened, with the pachyderms breaking into residential areas, eating crops, damaging houses and putting people at risk. The intrusion of elephants into human communities is also posing a threat to the safety of the wild animals.

While continuously strengthening the protection of wild Asian elephants, the government has rolled out measures, such as prevention projects, population monitoring and construction of food bases to try and solve the dilemma of conflicts between humans and the endangered species.

Asian elephants are under the first level protection in China and are mainly scattered through the Xishuangbanna Dai autonomous prefecture and the city of Pu'er in Yunnan province.

Since 1958, Yunnan has established 11 national or regional-level nature reserves, covering a total area of about 510,000 hectares, that provide Asian elephants with safe habitats. Data from the Yunnan Forestry and Grassland Administration show that thanks to the strengthened conservation efforts, the population of wild Asian elephants in Yunnan has increased from 170 to about 300 over the past three decades.

As the forest canopy in the reserves has spread, plants that provided food for the elephants, such as banana trees, have been replaced by other types of vegetation, said Chen Mingyong, a professor at the Asian Elephant Research Center of Yunnan University. "When they can't get enough food, elephants will seek nourishment outside the reserves, making conflicts with humans unavoidable," Chen said, adding that about two-thirds of wild elephants in Yunnan are living outside the reserves.

In the village where Aibian lives, 18 wild Asian elephants are often uninvited guests.

Aibian's village is located in Menghai county, Xishuangbanna. "When crops such as corn and sugar cane are about to mature, wild elephants invade the fields and eat," said the 58-year-old who goes by one name.

Elephants also break into residential areas, sometimes destroying villagers' houses and stealing food. When elephants enter the village, the residents have no choice but to seek refuge in twostory buildings to avoid being trampled by the large creatures.

From 2011 to 2019, there were 4,600 incidents involving wild Asian elephants in Xishuangbanna, resulting in more than 50 casualties, over 8,000 hectares of damaged crops and more than 100 million yuan ($14.5 million) in insurance compensation, according to official data. 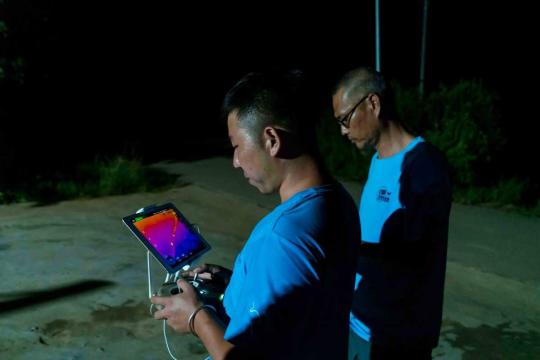 Two researchers use a drone to monitor wild elephants in Xishuangbanna, Yunnan province, on Aug 8. XINHUA

Human-elephant conflicts are common in countries such as India and Thailand, said Chen, adding that China's efforts to protect Asian elephants are becoming more and more effective.

In 2017, the nature reserve near Xiangyanqing village, Xishuangbanna, moved to protect residents from elephant intrusions.

A fence made of steel pipes and more than 2 meters high was built around the village, with small doors inserted to allow people to move in and out of the protected area.

After construction of the fence, elephants have never entered the village. "Elephants often pass by from a distance, but they can't get in, allowing us to sleep soundly now," villager Wang Yan said.

When Wang was a child, members of her family often took turns guarding the crops for at least two months of the year. "When wild elephants came we tried to chase them away, but we never hurt them," Wang said.

When elephants cause damage villagers can seek compensation as the Yunnan government has purchased commercial wild animal insurance covering the entire province.

Meanwhile, Xishuangbanna has started to build food bases and plant bananas and bamboo trees across the prefecture to create a better habitat for the elephants. Officials have allocated about 553.3 hectares for planting of these crops.

The early warning system has helped prevent more than 400 people having close encounters with wild elephants.